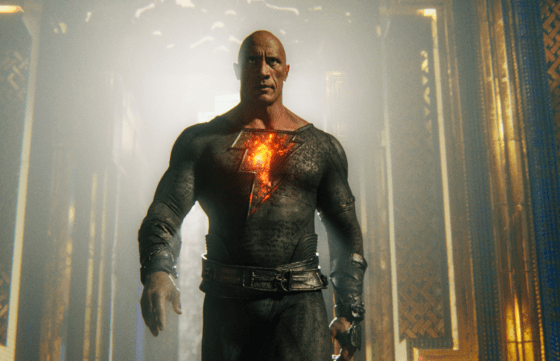 Black Adam remained on top of the box office over Halloweekend against all the various horror offerings also in theaters.

Black Adam took in another $27.4 million over the weekend, bringing it to $110.9 million domestically so far for two weeks out and over $250 million worldwide.  It’s already surpassed The Suicide Squad, Wonder Woman 1984, and Birds of Prey and it’s closing in domestically on Black Adam’s nemesis, Shazam, which had a domestic run of $140.3 million.

Ticket to Paradise remained in second place $9.8 million, bringing it to $33.5 million domestically and over $119 million worldwide.

Prey for the Devil was the best-performing of the new releases over the weekend and the best-performing horror movie for the Halloween weekend in third place.  The film took in $7 million over the weekend, which is above the opening for The Invitation but low compared to other recent horror openings like Smile, Halloween Ends, and Barbarian.  The movie also got a pretty bad C+ Cinemascore, so word of mouth is probably not going to be strong and it could take a big nosedive this coming weekend.

Smile and Halloween Ends rounded out the top 5.  Halloween Ends fell another 49% from last weekend.  It’s not as dramatic as the 80% drop from last weekend but the movie is definitely not performing like Universal/Blumhouse probably thought it would be and it’s being outpaced by at least half each weekend by where the prior two movies in this new trilogy were at the same time frame.  Smile is definitely the breakout horror hit of the fall and it has $92.7 million domestically and over $186 million worldwide.  The movie cost an estimated $17 million to make, so it’s massively profitable for Paramount.

Further down the list, Till opened wide to 7th place with $2.7 million and it has $3.5 million domestic so far.  TAR also made it into the top 10 at #10 with just over $1 million in 1,087 theaters.  Terrifier 2 continues its box office dominance, opening to its biggest theater count yet of 1,550 and making another $1.9 million, bringing it to $7.7 million domestic.

The Per Theater average went to Holy Spider, which made $16,376 in 1 theater over the weekend.