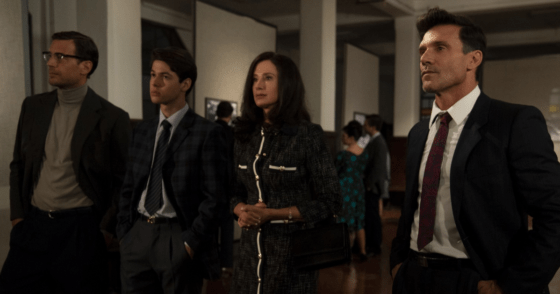 We’ve seen Ford vs Ferrari, and now in November we’re getting Ferrari vs Lamborghini when the story of Ferruccio Lamborghini is told in Lamborghini: The Man Behind the Legend.  Frank Grillo stars as Lamborghini, who initially tries to get into a partnership with Enzo Ferrari (Gabriel Byrne) but is severely rebuffed, causing him to strike out on his own to create a new kind of car that will outdo Ferrari.  Mina Sorvino co-stars as Lamborghini’s wife Annita.  The movie was written and directed by Robert Moresco, whose script for Crash won him an Oscar.  Lamborghini: The Man Behind the Legend is out in theaters, on digital and on-demand on November 18th, check out the trailer below.

A Trans-Atlantic Journey Goes Wrong in 1899 on Netflix (Trailer)