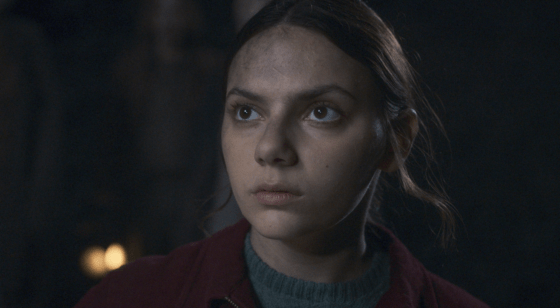 His Dark Materials returns to HBO in December with the epic final battle between The Authority and the allies being gathered by Lyra Belacqua (Dafne Keene), Marisa Coulter (Ruth Wilson), and Lord Asriel (James McAvoy) being waged in the third and final season.  In season 2, Lyra met Will Parry (Amir Wilson), who wields The Subtle Knife, a powerful weapon that can cut holes across dimensions, while Lyra still has The Golden Compass, which lets her determine the truth of any question she asks it.  Lyra and everyone from her dimension also have daemons, animal companions that are the physical manifestations of their souls and are tied to the mysterious and powerful Dust, a material that bonds humans and daemons together.  The Magisterium, a ruthless religious organization from Lyra’s dimension, are after Lyra because they believe a prophecy that she will bring about a second Fall of Man, and are on the side of The Authority, basically God or a God-like being or beings that Asriel has been building an army to try and destroy to free humanity from their control.  Season 3 begins on December 5th and you can check out the trailer below.