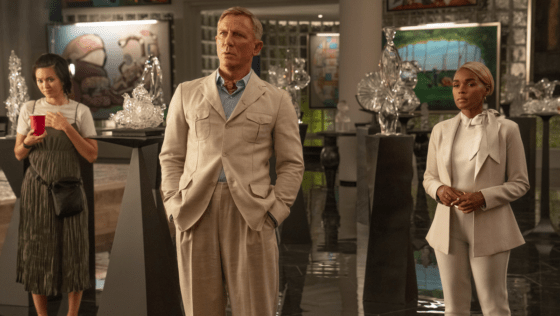 Benoit Blanc (Daniel Craig) is one of a group of participants in a murder mystery game on the private Greek island of Miles Bron (Edward Norton), but the game gets real when an actual murder is committed in Rian Johnson’s follow-up to Knives Out, Glass Onion.  Along with Craig and Norton, the all-star cast of suspects includes Dave Bautista, Kathryn Hahn, Janelle Monae, Jessica Henwick, Leslie Odom Jr., Madelyn Cline, and Kate Hudson.  Everyone has a motive and Benoit Blanc has to sniff out the clues again and figure out which one of them is the murderer.  The movie will be in theaters for a week starting on November 23rd and will be on Netflix on December 23rd.  Check out the new trailer below.

Everything Actioncast Ep 594 “House of the Dragon, Rings of Power, Glass Onion, Unsolved Mysteries and More”