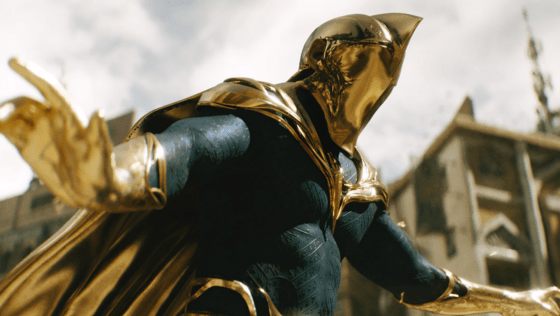 Black Adam stayed on top of the box office for at least more weekend, although it was a slow weekend in general before Black Panther: Wakanda Forever arrives this coming weekend.

Black Adam took in another $18.2 million, bringing it to $137.1 million domestically and $319.4 million worldwide.  It’s now #10 on the 2022 domestic chart and just outside the 2022 worldwide chart at #13.  For DC movies, it should easily pass Shazam’s domestic run, but it’s quite a ways to get to the next movie on the list, Justice League.  It has already surpassed the entire box office runs of Birds of Prey, The Suicide Squad, and Wonder Woman 1984, although those were all affected by the pandemic and day/date streaming releases.

One Piece Film: Red took second place as the biggest new release of the weekend.  The anime movie took in $9.4 million, which is a bit on the low end compared to other recent big anime releases domestically.  Dragon Ball Super: Super Hero opened to $21.1 million in August this year and Jujutsu Kaisen 0 opened to $18 million in March.  One Piece Film: Red has already made a ton overseas, however, with an international gross of $149.8 million, putting it at a worldwide total of $159.2 million.

Ticket to Paradise dropped to third place with another $8.5 million, putting it at $46.7 million domestically and $139.9 million worldwide.

Smile and Prey for the Devil rounded out the top 5.  Prey for the Devil dropped 46% from last weekend’s opening, which is pretty solid for a horror movie and especially since Halloween 2022 is in the rearview.  Halloween Ends definitely suffered in the post-Halloween weekend, dropping another 65% from last weekend and taking 9th place with just another $1.4 million.  The movie has $63.4 million domestically so far and $102.9 million worldwide.

The Banshees of Inisherin moved into 7th place as it expanded to 895 theaters, taking in $2 million. Lyle, Lyle Crocodile had a mid-release surge, actually improving 23% from last weekend to 6th place with $3.3 million.

The Per Theater average went to Utama, which took in $21,660 in 1 theater over the weekend.