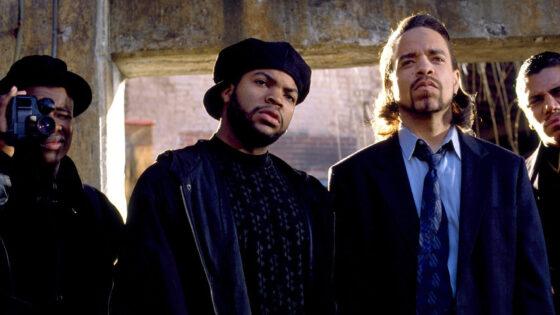 When you have both Ice T and Ice Cube in your movie, like 1992’s awesome Walter Hill deep-cut Trespass, it would be criminal not to have them collaborate on a song.  Thankfully they did with the movie’s title track, “Trespass”.  The movie stars T and Cube, along with Bill Paxton and William Sadler, and follows Paxton and Sadler, who are Arkansas firefighters who are given a map to potentially millions in stolen gold by an old man in a fire who then proceeds to burn himself alive. The duo heads to East St. Louis to the abandoned building where they believe the gold is but pick the absolute worst time as King James (Ice T) and his gang are there to dispose of a traitorous member and a hostage situation/standoff ensues. Along with Ice T and Ice Cube, the soundtrack for Trespass also featured Public Enemy, Sir Mix-a-Lot, AMG, Black Sheep, Daddy Nitro, and more.  It reached #82 on the Billboard Hot 200 album chart.  Ice T and Ice Cube starred in the music video for “Trespass” as well, with the duo finding themselves in a similar situation of guys breaking into their turf and having to deal with it and you can check it out below.