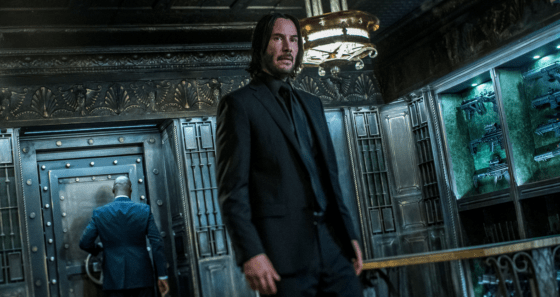 After battling the assassins of the High Table in Chapter 3- Parabellum, John Wick (Keanu Reeves) brings the fight against them global in Chapter 4.  Teaming up with the Bowery King (Laurence Fishburne), John learns that he can challenge the Marquis de Gramont (Bill Skarsgard) to single combat, with his full freedom from the High Table as the prize.  There seems to be an army of assassins trying to stop John from completing this new mission, including Donnie Yen’s Caine.  Hiroyuki Sanada, Lance Reddick, Ian McShane, Clancy Brown, Marko Zaror, Scott Adkins, Shamier Anderson, and Rina Sawayama co-star.  Chad Stahelski returns to direct and it will be out on March 23rd next year.  Check out the new trailer below.