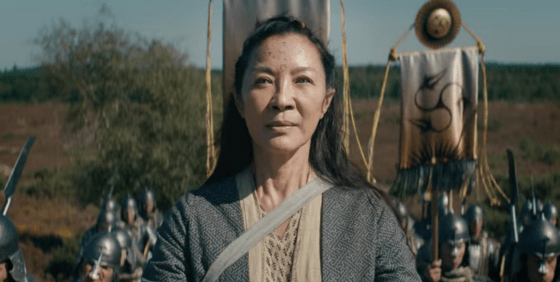 While we’re still trying to process the fact that Henry Cavill is leaving us with Liam Hemsworth on the main Witcher series, a four-part prequel series led by Michelle Yeoh arrives in December on Netflix.  The Witcher: Blood Origin is set 1200 years before the events of The Witcher and follows the elves as the events transpire that lead to the Conjunction of the Spheres, the pivotal event in the history of The Continent that combined the worlds of elves, monsters,  and men.  Michelle Yeoh plays elvish warrior Scian and Sophia Brown, Laurence O’Fuarain, Lenny Henry, and Mirren Mack co-star.  The Witcher showrunner Lauren Schmidt Hissrich is behind this series as well and it will debut on Christmas Day on Netflix.  Check out the trailer below.