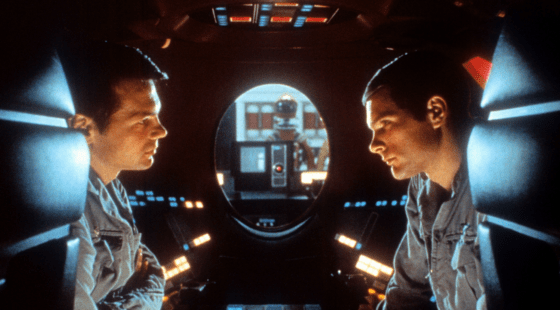 One of the greatest movies of all time, you can watch 2001: A Space Odyssey for the latest Everything Action Theater.  Director Stanley Kubrick takes us from the Dawn of Man to the universe’s farthest reaches in this sci-fi epic, based on the novel by Arthur C. Clarke, which includes one of the most iconic movie villains ever, HAL 9000.  Featured in the movie’s middle section, HAL is the coldly logical AI of the spaceship Discovery One, who goes haywire when his programming is called into question, killing most of the human crew aboard the ship.  The movie is full of iconic and stunning imagery and big ideas that can be interpreted in a myriad of different ways, although it was polarizing when it was first released in 1968, with some critics finding it dull and boring while others praised the visuals and sci-fi elements.  The movie was nominated for four Academy Awards and won the Oscar for Visual Effects, it’s a part of the National Film Registry and it has a spot on the AFI’s 100 films list.  You can check out the movie below thanks to YouTube.