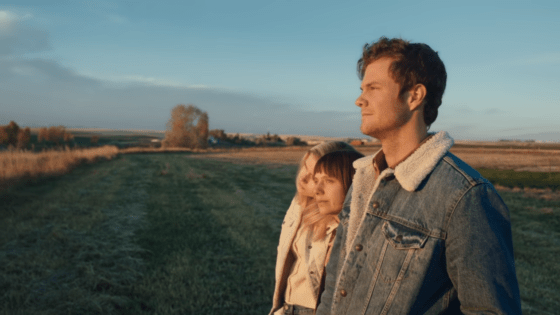 In celebration of the band’s 50th anniversary in 2018, Creedence Clearwater Revival’s hit “Have You Ever Seen the Rain?” had a music video shot for it featuring future The Boys co-stars Jack Quaid and Erin Moriarty, along with Sasha Frolova.  The song was originally released in 1971 as a single off CCR’s album Pendulum, written by CCR’s lead singer John Fogerty.  It hit #1 in Canada and reached #8 on the Billboard charts.  The song has been a classic rock staple and has appeared in movies and TV shows like Cold Case, Nurse Jackie, The Longest Yard, Evan Almighty, and more.  The 2018 music video was directed by Laurence Jacobs and shot on location in Montana and was about “three best friends hanging in Montana until one of them moves away”.  Considering The Boys debuted in July 2019, Moriarty and Quaid were most likely getting ready to shoot or already shooting the first season when the music video debuted.  You can check out the video below.