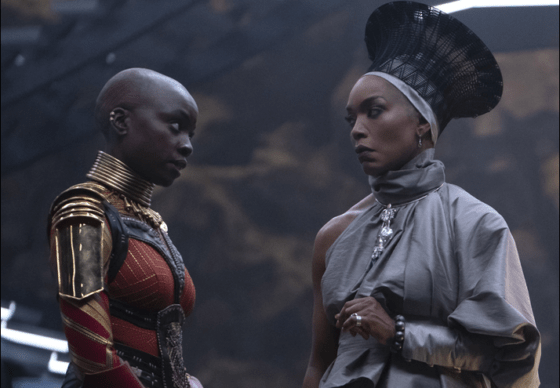 Black Panther: Wakanda Forever remained at the top of the box office over the Thanksgiving weekend while fellow Disney movie, Strange World, bombed despite coming in second place.

Despite coming in second, Strange World is a massive disaster for Disney.  The movie took in $11.9 million for the regular weekend and $18.6 million including Wednesday and Thursday.  Various reports are suggesting that the movie could lose $100 million and possibly up to $147 million for Disney and the movie cost at least $180 million to produce.  Worldwide, the movie only has $27.8 million so far and Disney is forgoing releases in territories like Russia, China, France, the Middle East, Malaysia, Indonesia, and smaller markets globally.  The movie is drawing comparisons to Treasure Planet, which just celebrated its 20th anniversary this past weekend and was previously considered the biggest disaster in Disney Animation history but, even without inflation, Treasure Planet may have made slightly more when it opened over the Thanksgiving weekend in 2002.

Glass Onion, in its limited 1-week theatrical engagement, took in an estimated $9.2 million but Netflix has not released an official number.  The movie is playing in theaters for one week and will arrive on Netflix streaming just in time for Christmas.  Knives Out opened to $26.7 million back in 2019 but that was a full wide release while Glass Onion was only playing in 696 theaters.

Devotion opened to fourth place with $5.9 million, which is not a great start for the Korean War drama.  Midway, which opened in 2019, opened to over triple that with $17.8 million, and this opening is closer to the James Franco starring World War I movie Flyboys, which made $6 million when it opened in 2006.

The Menu rounded out the top 5, making $5.2 million in its second weekend, dropping 42% from last week.

Further down the list, The Fabelmans entered the top 10 in 7th place, playing in 638 theaters it made $2.26 million and has $3.7 million so far for three weeks out.  Bones and All took 8th place with $2.25 million, so basically tied with The Fabelmans, but was in far more theaters, 2,727 to be exact, so that is not a good wide debut at all.

Glass Onion, if the estimates are too believed, also took the Per Theater average for the weekend, making $13,218 in each of the 696 theaters that had the movie.