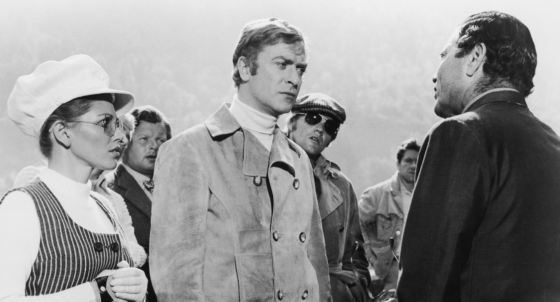 Coming off the soundtrack of 1969’s The Italian Job, “On Days Like These” by Matt Monro memorably opens the movie by playing in full over the opening credit sequence as a car speeds through a winding mountain road.  Monro was known as “The Man with the Golden Voice” and an extremely popular singer in his native England with hits like “Portrait of My Love” “My Kind of Girl” and “Walk Away”.  Along with “On Days Like These” from The Italian Job, Monro also sang “From Russia with Love” for the Bond movie of the same name and the title song for the movie “Born Free”.  The legendary Quincy Jones co-wrote “On Days Like These” and Jones composed and arranged the soundtrack album as well.  There’s no official music video, as that was a completely foreign concept in the late 60s, but you can listen to the song below.

Where to watch The Italian Job