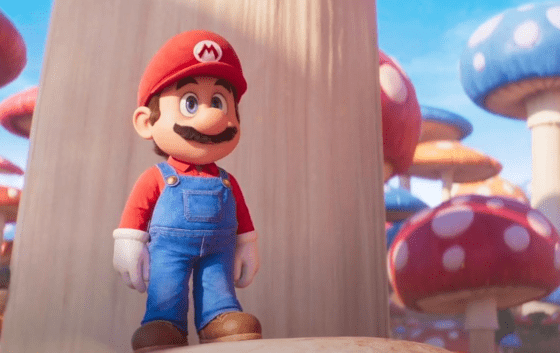 Ever since the 90s, Nintendo has closely guarded its biggest properties against being adapted to TV shows or movies but Mario is finally returning to the big screen in April with Illumination’s The Super Mario Bros. Movie.  Chris Pratt is (a very controversial) Mario, who joins Princess Peach (Anya Taylor-Joy), Toad (Keegan-Michael Key), and his brother Luigi (Charlie Day) on a quest to save the Mushroom Kingdom and stop the evil Bowser (Jack Black), who wants to take over everything.  It definitely seems like the movie is going to be incorporating lots of elements from the games, including set pieces built around the blocks and obstacles you’ve seen, kart racing, and even characters like Donkey Kong (Seth Rogen).  It remains to be seen how well Chris Pratt will do voicing Mario but this trailer made it seem like, even if he isn’t great, it might be something you can eventually get used to and the rest of the cast seems solid, especially Jack Black as Bowser.  Aaron Horvath and Michael Jelenic, veterans of Teen Titans Go!, The Batman and Naruto, are directing the movie.  The Super Mario Bros. Movie is out on April 7th next year and you can watch the new trailer below.