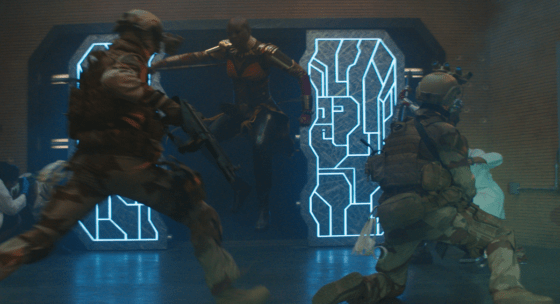 Despite a stronger-than-expected debut from Violent Night, Black Panther: Wakanda Forever managed to stay at the top of the box office for the fourth weekend in a row.

Black Panther: Wakanda Forever took in another $17.5 million over the weekend, bringing it to $393.7 million domestically and $733 million worldwide.  It’s closing in on and should surpass Doctor Strange in the Multiverse of Madness domestically for 2022, but it probably is not going to get anywhere close to Top Gun: Maverick’s domestic haul.  Worldwide, Wakanda Forever is about $12 million behind Thor: Love and Thunder but it will probably surpass that and The Batman to make it into the global 2022 top 5.

Violent Night debuted at $13.4 million over the weekend, which was well above expectations going into the weekend.  Outside of Black Widow, which is obviously in a totally different league, it’s the best debut for David Harbour in a leading role.  It’s the second-best wide release opening for director Tommy Wirkola, although it couldn’t top Hansel & Gretel: Witch Hunters, which made $19.6 million back in 2013.  Violent Night made $20.4 million worldwide, which means it’s already matched its production budget on its opening weekend.  Word of mouth is solid and it could potentially keep pulling in audiences as we close in on the Christmas holiday.

Strange World continues to flounder and is now officially a box office flop.  The movie dropped 60% in its second weekend, making only another $4.9 million and bringing it to $25.5 million domestically and $42.8 million worldwide.

The Menu and Devotion rounded out the top 5, with the former moving up to fourth place with another $3.4 million, bringing it to $24.6 million domestic.

Elsewhere on the list, I Heard the Bells, a special Faith-based Fathom Event, took 6th place with $2 million.

The Per Theater average went to Framing Agnes, which made $28,214 in the 1 theater it was playing in over the weekend.