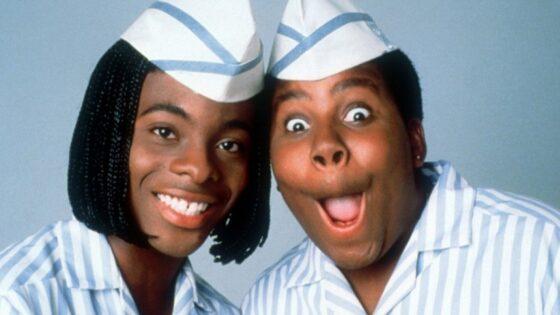 Kenan and Kel reunited this past weekend on SNL, which got us thinking back to classics like 1997’s Good Burger.  While the most memorable song from the movie’s soundtrack is “We’re All Dudes” by Less Than Jake and Kel, there was also “All I Want” from 702.  Named after the area code of their hometown of Las Vegas, 702 consisted of Kameelah Williams and sisters Irish and LeMisha Grinstead.  Their debut album, No Doubt, was released in 1996, and “All I Want” was the third single released and appeared on the Good Burger soundtrack album.  For the music video, Kenan and Kel appeared as Ed and Dexter, interviewing the trio of ladies as possible new Good Burger employees.  Check out the music video below.

Where to watch Good Burger