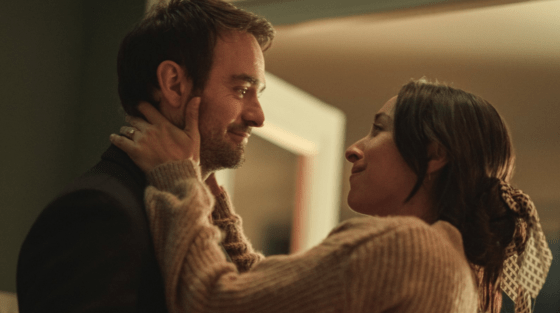 Charlie Cox and Christian Bale are headlining two new Netflix projects on the streaming platform in the next month or so.

Charlie Cox returns to Netflix with Treason, where he plays the newly appointed chief of MI6, Adam Lawrence.  His new job gets even more complicated when a Russian spy from his past, Kara (Olga Kurylenko), resurfaces.  Oona Chaplin and Ciaran Hinds co-star and the show was written by Matt Charman, who wrote Steven Spielberg’s Bridge of Spies.  Treason is out on Netflix on December 26th.

Christian Bale, meanwhile, is starring in The Pale Blue Eye, the latest from director Scott Cooper.  Cooper most recently directed the disturbing Antlers and The Pale Blue Eye is a crime thriller set in 1830 as West Point cadets are being mysteriously murdered.  Bale plays detective Augustus Landor, who teams up with West Point cadet Edgar Allen Poe (Harry Melling) to try and solve the murders.  Gillian Anderson, Lucy Boynton, Toby Jones, Robert Duvall, Timothy Spall, and Charlotte Gainsbourg co-star.  The movie is out on January 6th.