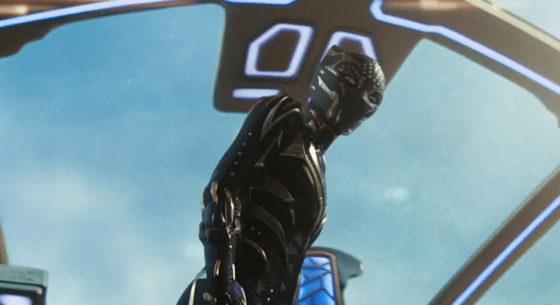 Before Avatar: The Way of Water potentially sends the box office to record-breaking levels, Black Panther: Wakanda Forever reigned over the second-lowest weekend of 2022, with a total box office of only $35.8 million.

Wakanda Forever took in another $11.1 million, bringing it to $409.8 million total domestically and over $767.8 million worldwide.  It has surpassed The Batman worldwide and is now the fifth highest-grossing film worldwide for 2022.  It should pass Doctor Strange in the Multiverse of Madness domestically and Guardians of the Galaxy worldwide, if it hasn’t already, in the overall MCU box office grosses.  This fifth weekend is the most weeks spent at #1 for any movie of the year so far.

Violent Night remained strong in second place, only dropping 35% from last weekend and taking in another $8.7 million.  It now has $26.6 million domestically and $41.7 million, which doubles the movie’s production budget.

Strange World, The Menu, and Devotion remained in third, fourth, and fifth, the same positions as last week, and all of them dropped less than 30% from last weekend, so they all made only slightly less than last weekend, which wasn’t that much to begin with.

Despite debuting soon on HBO Max, Black Adam surged back up to the sixth place with another $1.3 million, bringing it to $166.8 million domestically and just under $389 million worldwide.

The Fabelmans moved up to the seventh place, up from eighth place last weekend, with $1.1 million.  It’s just short of a wide release in 973 theaters and currently has $7.3 million domestically.

The Met Opera: The Hours was a special event that took ninth place with $791,374 in 826 theaters.  Fathom Events put on the special performance.

The Per Theater average went to The Whale, the Brendan Fraser starring/Darren Aronofsky-directed Oscar contender.  The movie took in $60,000 in each of the 6 theaters it played in over the weekend.