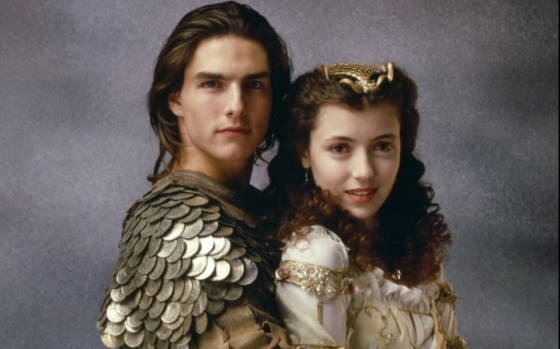 For Ridley Scott’s 1986 cult classic fantasy movie Legend, Bryan Ferry provided “Is Your Love Strong Enough?” for the movie’s end credits.  Legend has a pretty interesting backstory behind all the music included in the movie, as it originally had a score by the great Jerry Goldsmith.  After a test screening went poorly, Ridley Scott decided to change things, including swapping out Goldsmith’s score for an electronic, contemporary score from the legendary Tangerine Dream.  Tangerine Dream finished their score in three weeks and their score, along with “Is Your Love Strong Enough?” were included on the official Legend soundtrack album, released alongside the film.  Goldsmith’s original score was restored in the Director’s Cut version of Legend, which was first released in 2002.  “Is Your Love Strong Enough?” was actually an outtake from the album Avalon, the final album from Ferry’s band Roxy Music and then used for Legend.  The song would return to the world of movies in 2011 with the release of David Fincher’s version of The Girl With The Dragon Tattoo, where the team of Trent Reznor and Atticus Ross teamed with the band How to Destroy Angels to cover “Is Your Love Strong Enough?” for the movie’s soundtrack.  You can check out the music video for Ferry’s version below.

Where to watch Legend