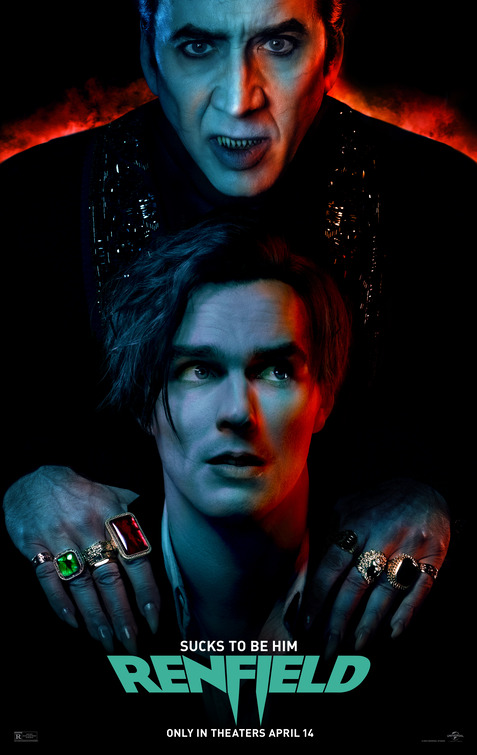 Fulfilling the promise of Vampire’s Kiss, Nicolas Cage becomes not only a vampire but the world’s most famous vampire when he plays Dracula in April in Renfield. Starring Nicolas Hoult in the title role, Renfield grows tired of serving his master’s needs, especially when he falls for feisty traffic cop Rebecca Quincy (Awkwafina) but Dracula won’t let Renfield’s servitude go that easily.  Ben Schwartz, Adrian Martinez, Shohreh Aghdashloo and Bess Rous co-star.  Chris McKay, who brought us The Lego Batman Movie, is directing and The Walking Dead and Invincible creator Robert Kirkman came up with the idea and originally pitched it and is producing the movie.  It’s out on April 14th and you can check out the trailer below.

Where to watch Vampire's Kiss