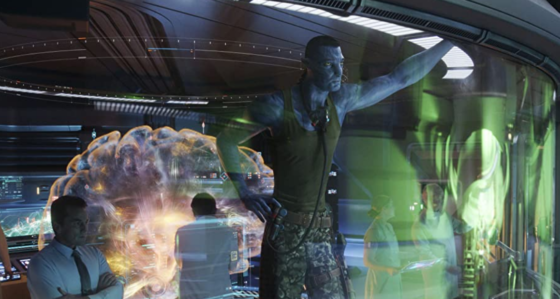 Avatar: The Way of Water remained at the top of the box office but M3GAN was a solid new competitor, far exceeding expectations going into the weekend.

The Way of Water took in another $45.8 million domestically, bringing it to over $517.6 million domestically and it continues to dominate globally as well, with a global haul of $1.7 billion.  It officially passed Top Gun: Maverick globally to be the highest-grossing film worldwide of 2022 and it’s about $200 million behind Maverick domestically, putting it currently as the #2 movie of 2022.  It’s continuing to track on par with the original Avatar’s grosses weekend to weekend, adjusting for inflation.  If you do adjust for inflation, the original Avatar has a domestic total of $785.2 million.

In second place M3GAN shattered expectations with a fantastic $30.4 million opening weekend.  Predictions going into the weekend were putting it at less than half that, around $12-15 million.  It had garnered tons of buzz thanks to its meme-worthy trailers and TikTok hype and it’s probably already doubled its production budget, especially with a worldwide total of $45,6 million.  For Blumhouse, M3GAN’s opening is between The Purge: Election Year and The Purge: Anarchy, and it’s on par with Scream’s opening last year and higher than other horror hits like Smile and Barbarian.  M3GAN did get a B Cinemascore, which may indicate that word of mouth might be mixed and some moviegoers who saw it this past weekend didn’t get exactly what they wanted or expected.

Puss in Boots: The Last Wish dropped down to third with another $13.5 million, bringing it to $88.1 million domestically and just over $200 million worldwide.  It only dropped 19% from last weekend and word of mouth seems to be spreading that it’s one of the most impressive sequels in recent memory, especially in the world of animation.

A Man Called Otto expanded wide over the weekend to 637 theaters and took in $4.2 million, bringing its domestic total to $4.28 million.  The latest from Tom Hanks opened in limited release before the end of 2022 to potentially qualify for the Oscars.

Black Panther: Wakanda Forever rounded out the top 5 with another $3.5 million.  It now has $445.5 million domestically and $826 million worldwide.

Further down the list, since we’re firmly out of the holiday season, Violent Night took a 67% drop from last weekend, falling to ninth place.  The holiday-themed action movie is also available on PVOD but it’s made $75.4 million worldwide off a budget of $20 million.

The Conformist took the Per Theater average with $11,498 in 1 theater over the weekend.  This was a special 4K restoration of the 70s political drama.