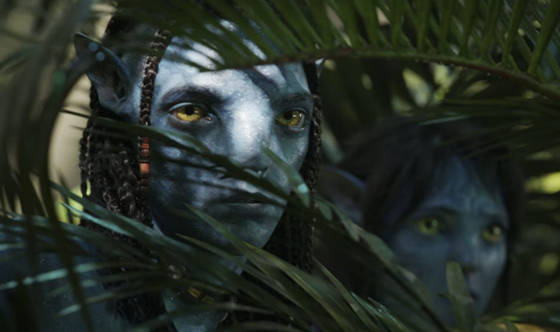 Avatar remained at the top of the charts for another weekend and continues its climb up the all-time domestic and worldwide charts.

Avatar: The Way of Water took in another $32.4 million over the weekend, bringing its domestic total to $572.4 million and its worldwide total to $1.9 billion, closing in on the $2 billion mark.  It sits currently at #13 on the all-time domestic box office chart between Incredibles 2 and 2019’s The Lion King and worldwide it’s the seventh biggest movie of all time, closing in on Spider-Man: No Way Home and passing Jurassic World.  The Way of Water dropped about 29% from last weekend.

M3GAN stayed strong in second place, with a smaller-than-average drop of 40% from last weekend.  Most horror movies see a 60%+ drop in their second weekends, so word of mouth seems to be strong for M3GAN.  The movie took in another $18.2 million, bringing it to a domestic total of $60.2 million for two weeks out and a worldwide gross of $94.4 million.

Puss in Boots: The Last Wish increased its business from last weekend, maybe because some of the later Sunday shows could have more kids, as most of them would have had today off for MLK Jr. Day.  The Last Wish took in $14.3 million for the weekend and it has a domestic total of $107.3 million and a worldwide total of $253 million.  It seems likely that an Oscar nom for Best Animated Feature is probably coming soon as well.

A Man Called Otto surged into the top 5 as it expanded fully wide over the past weekend.  The new Tom Hanks movie made $12.8 million, up 205% from last weekend, and has a domestic total of $19 million and a worldwide total of $36 million.

New release Plane rounded out the top 5 with $10.2 million and most likely $12 million including the holiday.  It’s a low opening for Gerard Butler, down near Gamer and only beating Hunter Killer for recent Gerard Butler movies.  It also beat Copshop but that movie was released in 2021 and was impacted by the ongoing Covid pandemic.

House Party opened outside the top 5 in sixth place.  The movie was originally going to go straight to HBO Max but the new management put it in theaters.  The movie took in $4.7 million total including the holiday.  If you adjust for inflation, the original 90s classic starring Kid N Play would have opened to $10 million and the other two movies in the OG trilogy increased from there, with House Party 3 having an opening of $15.2 million in today’s dollars.

Avatar: The Way of Water took the Per Theater average as well with $8,010 in each of the 4,045 theaters it was playing in over the weekend.