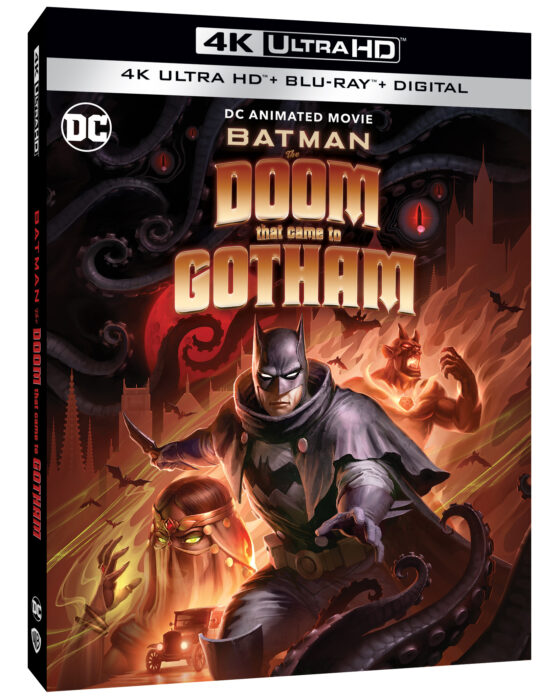 Based on the miniseries by Mike Mignola, Richard Pace, and Troy Nixey, Batman: The Doom That Came to Gotham is the next DC Animated Movie that pits the Dark Knight against Lovecraftian horrors.  Set in the 1920s, David Guintoli, of Grim and A Million Little Things, plays Batman, reprising his role from Batman: Soul of the Dragon.  A cult is raising supernatural forces in Gotham City and Batman must find a way to stop them before the city is destroyed.  He’ll face off against a number of new and reimagined villains and allies, including Oliver Queen (Christopher Gorham), Harvey Dent (Patrick Fabian), James Gordon (John DiMaggio), Grendon (David Dastmalchian), and Kai Li Cain (Tati Gabrielle).  Veteran DC Animated director Sam Liu produces and co-directs The Doom That Came to Gotham with Christopher Berkeley.  The movie is out Digitally and on 4K/Blu-ray on March 28, 2023, and you can check out the trailer below.