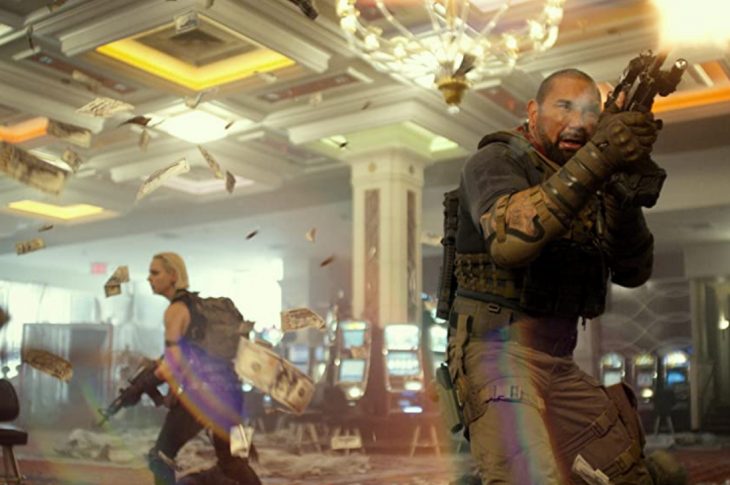 A former mercenary who led a team that would rescue survivors in zombie-infested Las Vegas, Scott Ward is approached by shady casino magnate Bly Tanaka to assemble a crew and attempt a heist of $200 million sitting in a vault in his casino in Vegas before the city is neutralized by a nuclear bomb. 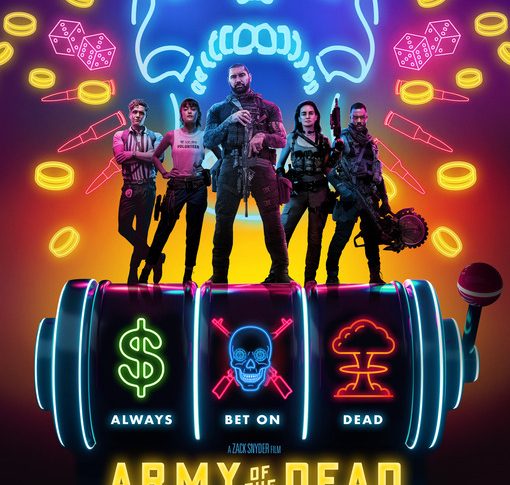 Dave Bautista leads a ragtag crew on a heist into zombie-infested Las Vegas in Zack Snyder’s upcoming Netflix movie, Army of the Dead.