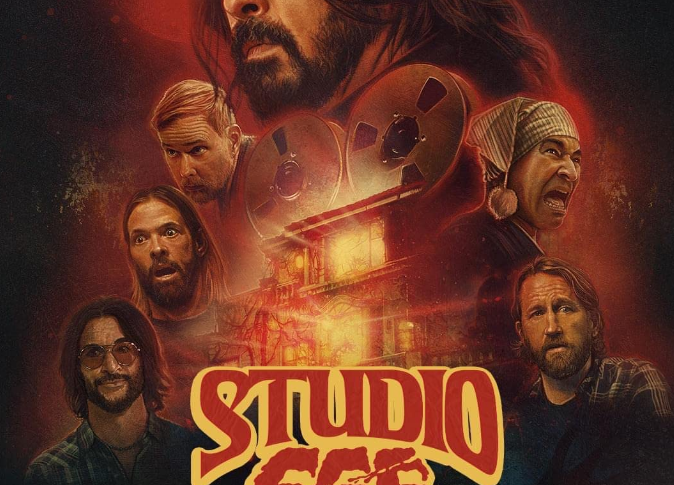 The Foo Fighters star as themselves in the upcoming horror/comedy Studio 666, which finds the band renting a creepy old mansion to try and find inspiration for their tenth album but instead the evil forces of the house possess Dave Grohl, who starts to try and brutally kill his band mates.