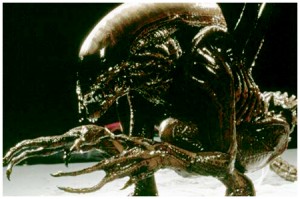 direct a prequel to the 1979 original, which he also directed.  The Alien series has had a bunch of ups and downs over the years, James Cameron directed the fantastic sequel Aliens and 3 was good as well but after that it went downhill, culminating in the Aliens Vs Predator movies.  With Ridley Scott back the franchise has a chance to get back on track.  No word yet about any plot specifics but I think there are some definite questions that could be answered in a prequel like where do the xenomorphs come from and what’s the deal with that weird ship that Ripley and her crew investigate in the first movie?  The movie is being written by Jon Spaihts, who is writing a number of upcoming Sci-Fi thrillers, including two for Keanu Reeves.