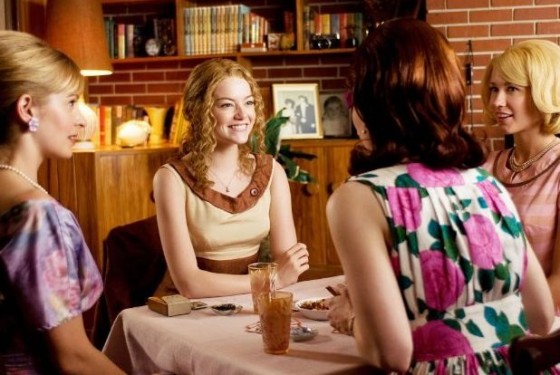 It was an incredibly slow weekend at the box office this weekend, as The Help was the number one movie in it’s second week, swapping with Rise of the Planet of the Apes.  The Help made another $20 million and was in 150 more theaters than last weekend.  Rise of the Planet of the Apes made $16.1 million.  Spy Kids: All the Time in the World had a mediocre third place opening with $11.6 million, the worst opening for the Spy Kids franchise and also terrible against other shitty kids movies like Cats & Dogs 2 from last summer.  Conan the Barbarian also did pretty badly, making just a little over $10 million, putting it on par with other B-level fantasy action film’s like director Marcus Nispel’s last effort, Pathfinder.  The Smurfs rounded out the top 5 with another $7.8 million.  Other new releases Fright Night and One Day also bombed.  Fright Night made only $7.7 million in sixth place and One Day made just over $5 million.  It’s the typical end of summer doldrums and it’s probably going to continue for a couple weeks.