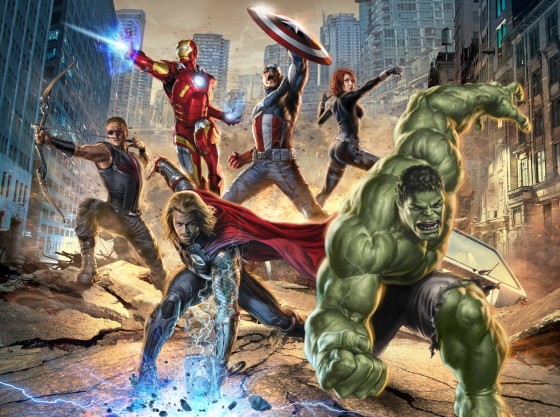 There was a teaser trailer after the credits of Captain America but today is the first full trailer for next summer’s huge event as Iron Man, Hulk, Thor and Captain America team up to form The Avengers.  If what the after credits scene from Thor implies is true then Loki is somehow back after falling into space and is controlling or influencing Dr. Erik Selvig and has access to the Cosmic Cube, which, from the looks of the The Avengers trailer, he’s going to use to attempt to take over the world.  Joss Whedon is directing the movie and all the stars from the single movies like Robert Downey Jr., Chris Evans and Chris Hemsworth are all on board with the exception of Ed Norton, who played Bruce Banner in The Incredible Hulk.  Mark Ruffalo takes over that role and we get our first glimpse of the Hulk since 2008.  The action looks great and it seems like there’s gonna be some great back and forth between The Avengers, especially where Tony Stark is concerned.  I cannot wait for this movie and hopefully this and The Dark Knight Rises make next Summer one of the best ever.  Check out the trailer below.

2/29/2012 *Update*  The second full trailer has been debuted by Marvel and it shows a ton more new footage including the rough introduction between Iron Man, Thor and Captain America, more of what Loki’s army looks like, Hulk smashing and tons of action.  My goosebumps have goosebumps.