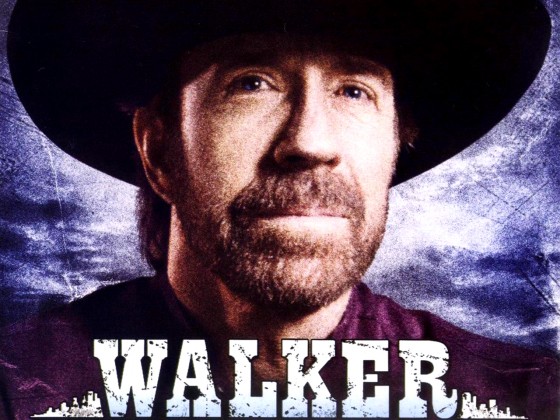 Walker, Texas Ranger, loved genuinely by some, ironically by most, it lasted 8 glorious, round house kick filled years on CBS and lives on in syndication (and spirtually in Steven Seagal’s True Justice).  Chuck Norris as Cordell Walker led his revolving team of Texas rangers against the worst criminals the state had to offer, usually drug dealers or escaped convicts, but there were certain cases that were so insane, so bizarre or so ridiculously cheesy, we had to do a countdown.  Here are, in my humble opinion, the ten most ridiculous episodes of Walker, Texas Ranger. Feel free to debate or list episodes I missed in the comments.

10. Rise to the Occasion

Walker did not shy away from doing “very special” episodes and this episode pretty much represents all of them on the list and, while I appreciate the message they were trying to convey about accepting everyone and not bullying, the way Walker goes about reforming a school after one of the students commits suicide is super cheesy and impractical.  The principal basically gives Walker free range to do whatever he thinks is necessary to fix the school, which apparently has nothing but the worst of the worst kids in it, and he, of course, starts a karate program and also starts a uniform program and it all culminates in a hilariously bad karate demonstration with one of the many “inspirational” songs Walker utilized over the years.   The b-plot is also pretty hilarious as Gage and Sydney go undercover in a nightclub to get a case against it’s crime boss owner and is basically a demo reel for Nia Peeples to try and be a musician as well.

One of my favorite “Walker goes undercover” episodes, The Principal finds Walker investigating a local high school under the guise of a substitute teacher. The principal of the school, an old friend of Walker’s, thinks that one of the teacher’s at the school has a drug dealing operation going on.  Walker investigates but also tries to inspire the kids by repeatedly bringing in motivational speakers, The Power Team, who give positive life lessons while smashing blocks of ice, bending steel beams and literally breaking the chains of negativity. It gets pretty ridiculous by the third time the Walker brings in the Power Team to speak and it has to be costing the school at least a little money to keep bringing them in.  Anway, it  turns out, it’s the shop teacher, played by special guest James Remar, and the episode culminates in a tense rooftop battle at the school where Walker round house kicks the teacher off the roof, killing him in front of one his former students/drug runners and probably scarring the kid for life. There’s also an amazing training montage for absolutely no reason except it’s possibly a guerrilla commercial for the Total Gym.

After narrowly avoiding getting blown up by a bomb, Walker loses his vision and must use his combined martial arts training and Native American heritage to heighten his other senses. The rest of the rangers attempt to find out who was responsible for the bomb but fail spectaculry and the criminals break into Walker’s house and take Alex hostage. Thankfully Walker has had a few hours to hone his hearing to superhuman levels and is able to take out the intruders and save the day and gets his sight back almost immediately afterwards.

In this episode, Walker, Trivette, and Gage go undercover at a prison that is running illegal fights and putting them up on that new-fangled “internet” thing. Ken Shamrock and the late Macho Man Randy Savage guest star as fellow cage fighters and it’s always hilarious to see the Rangers trying to pretend to be hardened criminals. Walker just doesn’t do anything, Trivette is completely unbelievable and Gage tries way too hard to be “hard”. The prison is also set up like some sort of Roman gladiator ludus, with the “champions” getting special private cells with various amenities.

Gary Busey, I could probably just stop there but there’s so much wonderful insanity going on in this episode I have to get into it. Walker’s protege, Trent, is the Big Brotheresque mentor to a special needs girl. On their way home from one of their days out and about Gary Busey, dressed as a priest, lures Trent into an alley and stabs him. Turns out Busey is a hitman hired to keep Trent from testifying in court. The special girl is now the only witness and Busey is after her, leading to the amazing final battle of Chuck Norris vs Gary Busey.  Also, Carlos dresses like an old woman to foil a gang of purse-snatchers and Walker and Trivette take down an entire biker gang (as you saw above).

Only a show like Walker, Texas Ranger could feature two separate episodes where Walker has to fight a grizzly bear.  The first is Swan Song, where Alex and Walker head to Utah to investigate a plane crash from eight years ago where a group of bank robbers, with $3 million in cash, crashed in the mountains.  A group of greedy fortune hunters follows Walker’s team and both groups are in danger from the crazy, cannibal plane crash survivor now living in the woods and bears, who are powerless against the intensity of the Walker stare down.  The other time Walker had to fight off a bear was when he, Trivette and Gage headed into the wood’s for Walker’s bachelor party and found themselves being hunted by a stubborn and vicious grizzly.  It’s a scientific fact that Chuck Norris is the natural enemy of the bear, so everyone managed to escape intact.

Over the years on Walker, various pieces of high tech government weaponry have been stolen, like a stealth helicopter and, in this episode, a laser gun that causes buildings to vibrate and eventually collapse. A group of white-collar criminals hits the facility the weapon is being developed in, only to have the weapon stolen from them by a gang of drug-addled rednecks. The entire episode is basically just a game of hot potato has the weapon bounces from one gang to the other, to Walker and back again. It’s also worth noting that the special effects for the “laser” are particularly cheesy.

3. Way of the Warrior

In this episode, Walker goes back in time. Let me repeat that, Walker…goes back…in time. An Indian shaman transports Walker back to the 19th century to prevent an injustice that is seemingly being mirrored in the present. The show went back in time before, but that was when Walker was telling stories about the first Texas Ranger, who was also played by Chuck Norris, but now you have the actual character of Cordell Walker round house kicking history in the face and causing god knows what kind of damage to the future timeline. I’m guessing since it was the last season, no one really cared that much.

This episode not only features a genius, telekinetic kid but also a super-advanced AI computer, so you know, typical Texas Ranger business. Young Chad escapes from the research facility he lives in when the computer warns him that the lead scientist will probably try to strain his brain to its limits and kill him, so he escapes and gets the help of Walker (who is his internet friend) to rescue his mom and stop the scientists. Because he’s basically a human guinea pig, Chad also has telekinetic powers for some reason. The entire episode is above if you feel like checking it out.

1. Evil in the Night

An evil spirit is murdering construction workers, whose job site has disturbed an Indian burial ground. You’re probably thinking, “It’s probably just a guy in a costume a la Scooby Doo” and you’d be correct if Walker, Texas Ranger operated on anything resembling logic but, no, it’s the actual ghost of Running Wolf, who practiced the dark Native American medicine arts and was cursed, probably. Walker hears about the murders and must figure out a way to battle Running Wolf, either in reality or in the dream world and gets a crash course in Native American ghost busting from living medicine man, White Eagle. The amount of smash cuts to animals and other Native American imagery, crazy video effects and just the fact that Walker is fighting a ghost easily makes this the most ridiculous episode of Walker but if you don’t believe me, check out the whole episode above.

Walker uses a jet pack to foil the assassination of the President of Mexico. The only reason this episode didn’t make the list is because until the jet pack shows up, it’s a pretty normal episode of Walker.