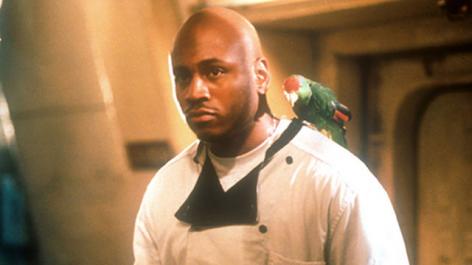 “My hat is a like a shark fin”, with those opening lyrics, the greatest/worst soundtrack song begins.  LL Cool J, co-star of the classic Deep Blue Sea, decided to pull a Will Smith and create a ridiculous theme song for the movie and he came up with a song that compares himself to a shark and that he’s going to go on the attack,  The music video lives up to the ridiculousness of the lyrics by having LL dangling by wires in a pool while an orchestra plays and sexy synchronized swimmers swim around him.  Later on, he and his back up dancers are being bombarded by what have to be fire hoses.  All the while, clips of the movie are intercut randomly.  It’s a masterpiece of wonderfully bad videos and you can check it out below.