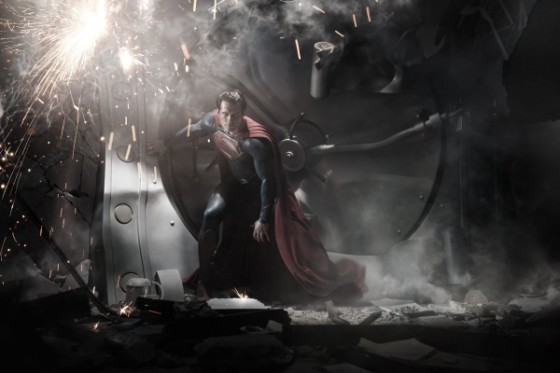 Being the only DC movie till 2015, Warner Bros. attached the teaser trailer for Man of Steel to it’s second to last, and probably biggest movie, The Dark Knight Rises.  If you were expecting some classic Superman action from this first trailer, you will be sorely disappointed, as this trailer is some weird, Terence Malick style thing with shots of fields and low angle shots of a kid in red cape and when you finally see Henry Cavill, he’s joined the cast of Deadliest Catch for some unknown reason.  I know when I think of Superman, I think of Alaskan king crab.  Warner Bros. actually released two trailers, one with voiceover by Russell Crowe, who is playing Jor-El and one with Kevin Costner who will play Pa Kent.  You can check out both of them below.