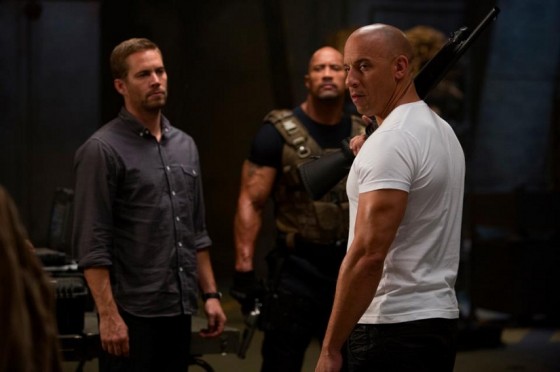 The Fast & Furious series has had one of the craziest evolutions of any movie franchise I can think of.  It started out as a way too serious spin on Point Break but eventually evolved until it became one of the funnest, craziest action series, culminating in Fast 5.  The sixth entry is on the way this Summer and it looks like it’s going to keep up the level of insanity that 5 had and I know I cannot wait.  Following Fast 5, Dom and the crew split up a take of $100 million and went their own ways.  Unfortunately, they are wanted criminals and can never return to the states but an opportunity for full pardons comes up when Agent Hobbs needs them to help take down a new, dangerous crew of drivers taking down military convoys.  Gina Carrano joins the cast as Hobbs’ second in command and Michelle Rodriguez returns as Dom’s former flame, Letty, who everyone believed was dead in Fast & Furious.  Check out the trailer below and the movie is out on Memorial Day.

UPDATE 2/5: A new, extended trailer was released that highlights more of the plot and features a ton more action, including Gina Carrano vs Michelle Rodriguez in a London subway brawl.