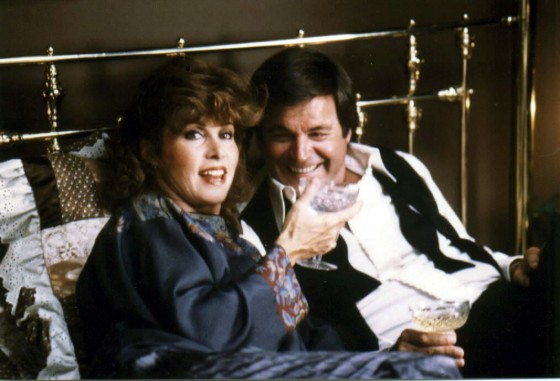 Adam Scott is back with another, multi million dollar, shot for shot recreation of another 80’s TV show, this time Hart to Hart, which stared Robert Wagner and Stephanie Powers as the husband and wife crime solving team.  Amy Poehler joins Adam for the recreation along with Horatio Sanz as the creepy narrator, and Hart butler, Max.  The actual recreation is as dead on as the Simon & Simon one from last year, but the “making of” isn’t as funny, in my opinion, as that special.  The main joke is that Amy and Adam are incredibly competitive and sort of hate each other, so neither will do anything unless the other one does it first.  It gets a little tired, unlike the first which just kept throwing weird bits in, like Adam starting to talk to himself or Jon Hamm “just getting colder and colder”.  There also isn’t as much fake reverence for Hart to Hart.  In the first, Jon Hamm considered himself a super fan who was honored to be in the reenactment and they cut to a crazy fan, played by Paul Scheer, who was boycotting the reenactment.  The best bit of behind the scenes is probably when they talk to Michael Bay’s special effects creating cousin, played by Nick Kroll, who is a master of “CG diarrhea and everyday objects”.  Check out the whole thing below and decide for yourself which of the two is worthy of being “The Greatest Event in Television History”

Everything Action Theater: The Greatest Event in Television History III