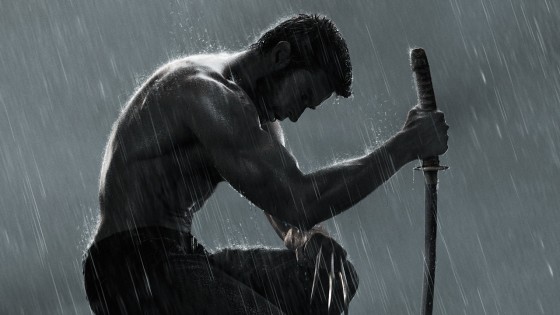 With the success of the Marvel Cinematic Universe, Fox is doubling down on their Marvel franchise, the X-Men, with First Class two years ago bring the series back into the forefront and Days of Future Past set to be hopefully one of the biggest and best blockbusters of next year.  As a stepping stone between those two movies we have The Wolverine, which is a major improvement over Logan’s last solo adventure but still not quite the definitive Wolverine movie we were all hoping for.

Taking it’s inspiration from the classic Chris Claremont storyline,  The Wolverine picks up some time after The Last Stand with Logan exiling himself to the wilderness and taking a vow of non-violence after being forced to kill Jean.  His vow is quickly thrown out the window when he is found by a mysterious woman named Yukio, who brings him to Tokyo at the behest of Yashida, a man who Logan saved during the bombing of Nagasaki in WWII.  Yashida wants to thank Logan by offering to “transfer” Logan’s healing factor to himself, allowing Logan to finally live a normal life.  Logan refuses but he becomes the target of Yakuza thugs, ninjas and the poisonous Viper when he becomes involved with Yashida’s grandaughter, Mariko.  The plot is fine for first two thirds of the movie but it kind of goes off the rails in the last third as character after character is revealed to have nefarious motivations against Logan or Mariko and it culminates in a climax with some cool action but a muddy resolution to the story.

If it hadn’t been cemented before, Hugh Jackman is at the level of Robert Downey Jr in the Marvel Cinematic Universe as the glue that ties everything together.  He’s as great as he was in the original trilogy and I really appreciate that they are starting to embrace his rougher side with him getting to swear more and unleashing the rage a bit more.  The unrated cut they are talking about for the Blu Ray should be an even better showcase for Wolverine.  You definitely get more of Logan’s inner struggle in this movie as well, as personified by a passive aggressive ghost of Jean that he constantly sees in his dreams and his struggles with immortality and death but it’s still a summer blockbuster, so there’s also lots of great Wolverine action as well and the twist is that his healing factor is at half capacity after being infected by Viper.  As great as Hugh Jackman is, everyone else is kind of bland, with a few exceptions like Svetlana Khodchenkova as Viper and Rila Fukushima as Yukio.  There’s not really anyone for Logan to go back and forth with like in the original X-trilogy, which is another reason to be excited for Days of Future Past.

Action wise, there’s some great set pieces in The Wolverine, from the incredible opening in Nagasaki to a Yakuza attack on a funeral that leads to a chase through downtown Tokyo to the bullet train fight you saw a bit of in the trailers.  The stakes are raised slightly in these sequences due to Wolverine’s weakened state but even Wolverine at half strength is still enough to rip through Yakuza thugs like tissue paper.  One of the most interesting fights actually isn’t between Logan and someone but between Yukio and Shingen, Mariko’s ruthless father, while Logan tries to restore his healing factor to full strength, which consists of him having to slice into his chest and work on his own heart.  Like I mentioned above, the final battle has some cool action beats, especially when Silver Samurai comes into play, but the motivations of the characters are muddy and suck some of the drama and interest out of the final battle.  Another disappointing aspect was the fact that, although it’s teased in the trailer, we never get a full on Logan vs ninjas battle.

Among this Summer’s big superhero movies, The Wolverine isn’t up to the level of Man of Steel or even Iron Man 3 but it’s still solid superhero action with Hugh Jackman as great as ever as Wolverine.  If nothing else, it will make you incredibly excited for Days of Future Past, especially the mid-credits tease.  If you’re a Wolverine fanatic, I would say definitely check it out in theaters but the unrated cut on Blu Ray might be the better option for most everyone else.