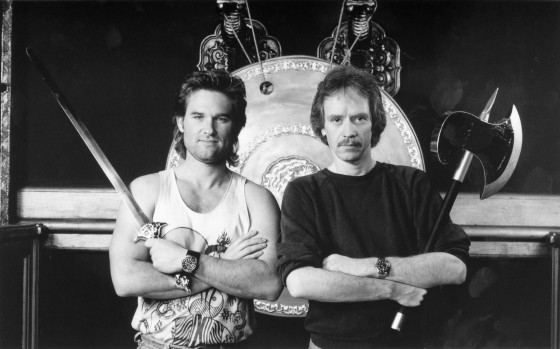 If you’re a fan of John Carpenter, you probably know that he has scored almost all of his movies, which has resulted in such iconic tracks as the Halloween theme.  You may not have known that Carpenter also had an actual, cheesy, 80’s rock band called the Coup de Villes, whose most notable contribution to pop culture is the theme song for Big Trouble in Little China, called, appropriately, Big Trouble in Little China.  The official music video is below, which finds Carpenter editing the movie in between rocking out and the movie starts to invade the real world.