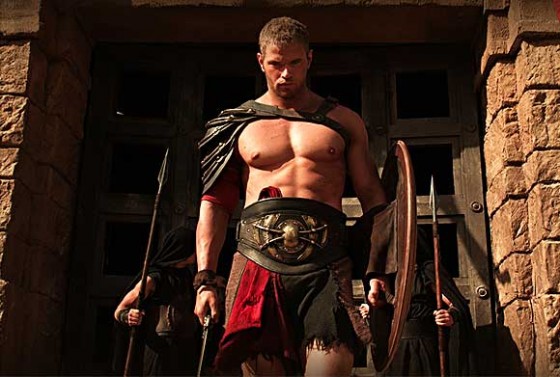 Just like this year’s “Die Hard in the White House” battle between White House Down and Olympus Has Fallen, next year will see a mythological battle with two different Hercules movies.  There is Hercules: The Thracian Wars starring The Rock and this one, Hercules: The Legend Begins, starring Kellan Lutz.  Directed by Renny Harlin, The Legend Begins finds Hercules banished after falling in love with Hebe, the princess of Crete, who is fated to marry his brother.  He ends up a gladiator on the outskirts of Greece and battles his way up the ladder.  Scott Adkins co-stars as the evil King Amphitryon.  It looks kind of like a watered down Spartacus, which is ironic because Spartacus himself, Liam Mcintyre, is in the movie as well.  Without seeing a trailer yet for The Thracian Wars, I feel like that one may be the Olympus Has Fallen of the two, in terms of being more bad ass and violent.  The movie is out in March next year and you can check out the trailer below.