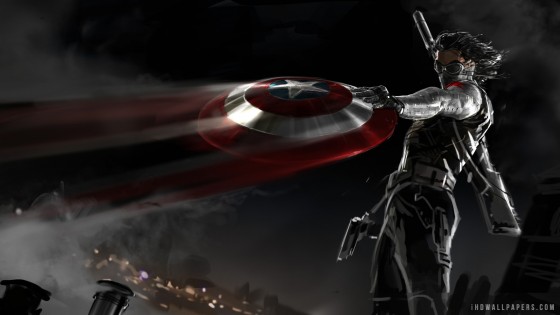 Kicking off Marvel’s movies for next year, and even earlier than normal, is Captain America: The Winter Soldier.  The movie picks up two years after The Avengers, with Cap working with Black Widow and Falcon as a full on SHIELD agent.  A mysterious new enemy, the Winter Soldier, arrives to cause havoc and the team must figure out a way to stop him.  It’s interesting that SHIELD seems like they will become a secondary antagonist to Cap, as he disagrees with Nick Fury’s increasing power and SHIELD’s increasing restrictions on people’s freedoms.  The movie looks excellent with the darker, more serious tone and what looks like tons of great action sequences.  I like Falcon’s more realistic look as well, as his wings are piece of tech that deploys like a parachute and the Winter Soldier looks like a formidable villain for Cap and his team.  It’s a little surprising since the directors, Anthony and Joe Russo, are probably best known for working on comedy shows like Community.  The movie is out in April of 2014 and you can check out the
trailer below.