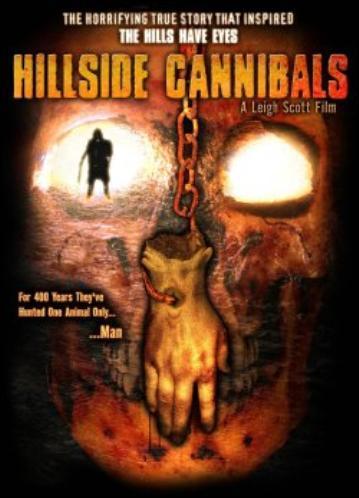 The remake of The Hills Have Eyes came out in 2006 and that same year, smelling a cheap cash in opportunity, The Asylum unleashed Hillside Cannibals onto the unsuspecting public.

So no slumming recognizable actors this time?: Unfortunately yes, which I’ve learned is usually a sign that that particular Asylum movie is going to be particularly awful and Hillside Cannibals may be not only the worst Asylum movie ever, but one of the worst movies ever, period.

What’s this thing about?: A group of friends head into the desert to do some spelunking but happen to pick the one cave system in 50 miles that is inhabited by crazed cannibals, who promptly murder all but two of them.  Bill is captured by the cannibals while his girlfriend Linda tries to get help.  That’s probably about 20 minutes of the movie.  The rest is almost like this bizarre nature documentary following a group of hippies who wandered off from Burning Man and formed this insane cannibal society. 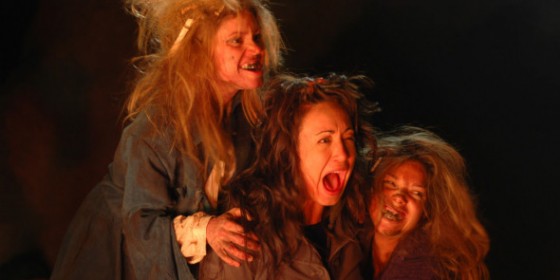 Are these cannibals weird mutants like the Hills Have Eyes?: Not that I can tell, like I just said, they seem like hippies who went to Burning Man, took some sort of PCP/Acid cocktail that messed up their brains and they wandered off and started to eat people.  According to the DVD and Wikipedia the back story is that: “In the year 1606, Sawney Bean, a ruthless psychopath, earned a notoriety as the world’s most brutal serial killer, predating Jack the Ripper and Bloody Bill by several hundred years. In life, Sawney was a cannibal, who captured his victims and literally butchered them, feasting on their corpses afterwards.

His practices are continued in the modern day by his in-bred descendants, who dwell in vast caves on the coast and feed on the flesh of passers-by…”.   It’s probably worth noting that none of this is ever mentioned in the movie.  Some of the cannibals do look slightly horrific but it could just be a freebase accident, what do you think Steven Seagal?

So basically the whole movie is just these hippie cannibals hanging out?:  Pretty much and it’s so goddamn terrible.  The director obviously told everyone to just act like gorillas because there is a lot of grunting and chest pounding.  There’s also lots of really weird and uncomfortable sexual things happening, like one of the lady cannibals repeating grinding on the captured Bill, even when he has just been stabbed in the stomach and the end is one of the most upsetting and horrible things I have ever seen. 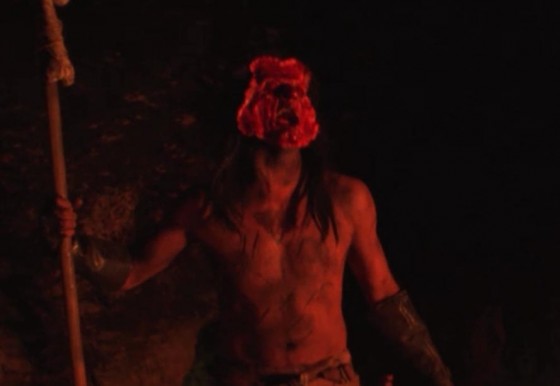 What happens at the end?: After multiple failed attempts to rescue Bill, Linda barely manages to escape the cannibal lair after being almost raped by their new leader.  She finds the local sheriff, who turns out to be helping the cannibals for completely unexplained reasons and is turned back over to them.  The movie ends with the new leader having sex with one of the other female cannibals, wearing Linda’s face like a mask and wearing her necklace and sweater while Linda’s rotting corpse sits in the corner.  It is horrendous and made me want to windex my eyes immediately.

Wow, that does sound awful: Honestly, I can’t even really write anything funny about this movie, it’s just upsetting, slow moving and horrendous.  The gore isn’t fun, the acting is terrible and nothing happens.  The Hills Have Eyes worked because there was tension about when the mutants were going to appear and you didn’t spend the whole goddamn movie watching them grunt at each other like meth addicted gorillas and the group of victims at least had some chance to fight back.  No one should ever watch this movie, period.

Next Time: The Asylum reveals how 9/11 could have been prevented with The 9/11 Commission Report.