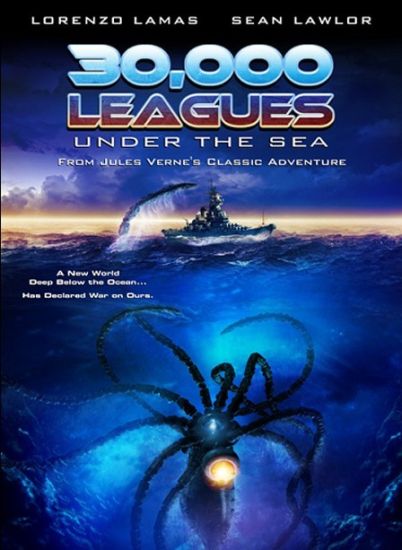 So we finally have a recognizable star this time? Yup, the Renegade himself, Lorenzo Lamas, stars Lt. Arronaux, a Navy officer who has invented a device that allows a bubble of breathable air to be created underwater. There’s also Sean Lawlor as Captain Nemo, who’s been in actual movies like Braveheart and Titanic. 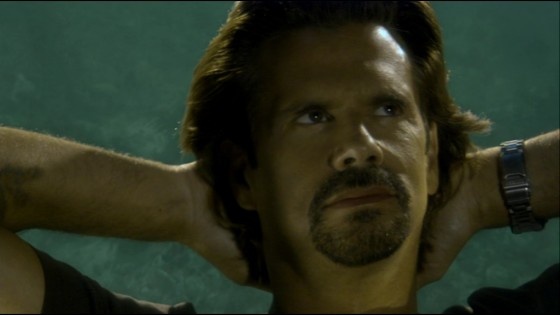 How close does it follow the book? Well, it seems the Asylum has done the mistake that most people do and believe that leagues are a measure of depth when they are actually a measure of distance.  The action is not a globe trotting adventure like the novel but instead focused in a single area around a volcanic trench that’s around 30,000 ft down.  Nemo is also more like a Bond villain in that he wants Lorenzo’s oxygen device to create a bubble around Atlantis (yes, they find Atlantis in this movie) and move he and his followers into the ancient city after he nukes the entire surface of the planet.

How does he get a nuclear arsenal? That’s the reason the Scotia went down, so Nemo could steal the warheads and then lure the Navy in to use oxygen device.  Why he already doesn’t have an arsenal is not explained, since he built a giant goddamn submarine that has to be nuclear powered and invented things like a device that lets you breath underwater and brainwashing devices that seem to double as tanning beds. 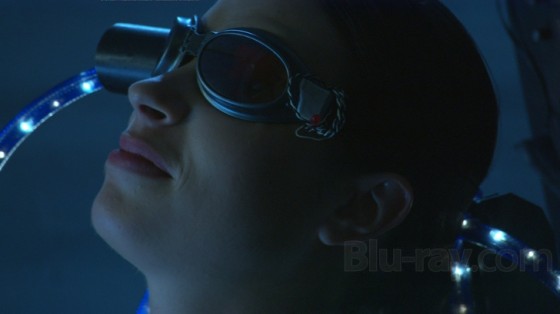 How are the special effects, crappy as usual? Yeah pretty much, although you can definitely tell that much more effort went into this movie as opposed to see, Invasion of the Pod People as the sets actually look like submarines as opposed to a modeling agency renting out a giant industrial air building.  The CG is pretty decent by Asylum standards but hopefully you like the shots, because you’ll see each of them at least 3 or 4 times with no differences in the movie.  I also think they filmed the scenes on a Navy battleship on a cruise ship or something that was docked in downtown Los Angeles, because it’s clearly not moving. 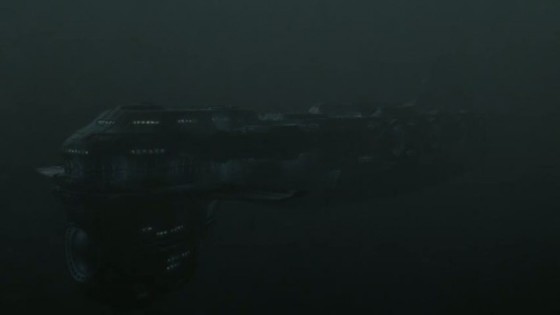 Speaking of special effects, I think I saw a giant squid in the trailer?  Yes, apparently Nemo was able to create multiple, robotic squids that he uses to attack submarines but again, he can’t create or buy nuclear weapons?  The squids don’t really do much and they look more like they giving big hugs than actually attacking the ships.  This movie feels kind of like a practice run for the future Lorenzo Lamas starring spectacle, Mega Shark vs Giant Octopus.

So how do they stop Nemo? I’m not 100% sure because this has to be one of the most confusing endings ever in Asylum history.  Tons of things happen with no explanation and it feels like there were scenes cut out that might have shown or explained what is going on.  As far as I can tell, Arronaux gets everyone on board the Scotia and somehow turns the mini sub with the oxygen device into a bomb and launches it at the Nautilus and the combination of oxygen and nuclear weapons causes a chain reaction that blows up the ship.

Is it worth watching?: There’s definitely way better adaptations of 20,000 Leagues Under the Sea but not many that I can think of that bring it to the modern era, so if it that interests you, maybe?  It definitely has more effort put into it than a lot of the other Asylum movies and two recognizable stars, but it’s not really that action packed and there’s not a lot of hilariously bad acting or effects that would make it fun to watch.

Next Time: The Asylum tries to out adventure Indiana Jones with the original adventurer, Allan Quartermain, who is heading for The Temple of the Skulls.