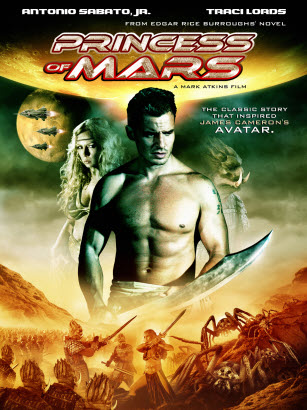 The Asylum double dipped with their take on the public domain sci fi classic, A Princess of Mars, releasing it first in 2009 to capitalize on the fact that the story, “inspired James Cameron’s Avatar” and then released it as John Carter of Mars when Disney released their big budget version of the story.

Man, some master thespians in this one: Indeed, from the world of soap operas we have Antonio Sabato Jr as John Carter and off again, on again adult film star, Traci Lords as Dejah Thoris, who is wearing a slightly above average Slave Leia costume the entire time.  In terms of who is worse, I have to give it to Traci Lords, who doesn’t seem capable of registering any sort of emotion the entire movie.  Antonio Sabato Jr. is at least trying to inject some humor into the role, it doesn’t work, but at least he’s trying. 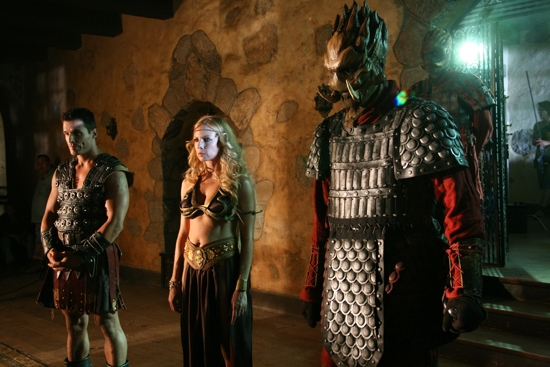 How does the plot of this one compare to John Carter?: It feels like this movie could be compressed and turned into one sequence of Disney’s version, as it’s mostly John wandering around the desert with the Tharks and eventually trying to stop a Middle Eastern terrorist from blowing up the pumping station that provides the entire planet, which is not Mars but Mar 216 in the Alpha Centauri system, with an atmosphere.

Wait, what, how is there a terrorist?: I honestly have no idea how he or John get to Mars.  In this version, John Carter is a special forces, lone wolf sniper who is betrayed by the terrorist, who was supposed to be providing him intel, and critically injured on a mission.  He’s brought into some sort of medical tent where he’s told they can A) download his entire body onto a 16 GB hard drive (they are very specific about the space available) and B) transport a clone(?) of himself to Mars to do, something, for them.   I think they may want to colonize or get resources, as evil military men are want to do, but this movie doesn’t explain anything, kind of the opposite problem of the Disney version where they attempted to over-explain everything.

Does John Carter still have his jumping abilities and super strength?  Yes and the jumping looks absolutely horrible, like a terrible version of the Hulk.  He also barely uses his super strength and instead relies on his sniping abilities to kill the main enemy, giant flying spiders. 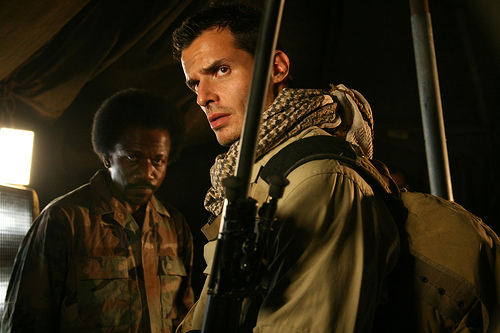 Giant insects seem to be the go to monster for the Asylum:  They must be easy to animate or something because, yeah, they just throw them in regardless of what the original source material is.

The Thark makeup looks pretty good though: Yeah, that’s definitely the best thing in the movie and it actually does a decent job of fleshing out the Thark society.  It might be that’s the only society we see but they at least try and explain things about the species and give them motivations. 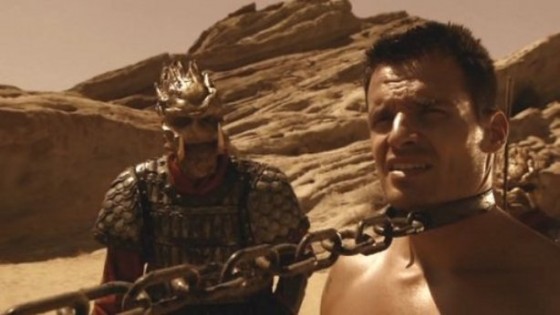 So back to that terrorist, what’s his goal?: It’s not clear how or when he arrived on Mars but he seems to get there well before John, at least long enough to become obsessed with the Princess and decides to blow up the pumping station to hold the entire planet hostage.  Since he’s from Earth as well, he also has jumping and strength abilities and he and John have a climactic final sword fight that is hilariously mediocre:

So is John the new king of Mars?: No, he somehow gets teleported back to Earth and resumes his sniping missions, but is now waiting to return to Mars.

Is it worth watching?:  Not really, it’s super slow and boring as most of the movie is just John and crew wandering around the desert and occasionally fighting giant spiders.  At least in the Disney version there was lots of action and an entire world to explore, even if the plot got bogged down with various subplots and explanations.  See that or Avatar again instead of this.

Next Time: The Haunting of the Winchester House, which may or may not be in Connecticut