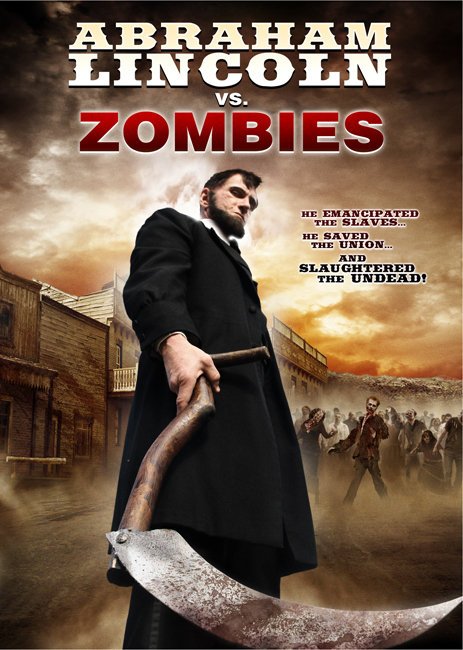 Who’s that guy playing Lincoln?: It’s Bill Oberst Jr, who’s been a in a bunch of random shorts and horror movies but he’s actually shockingly good as Lincoln.  We’re not talking Daniel Day Lewis level here or anything crazy like that but he manages to pull of a solid blend of gravitas and bad assery.  The rest of the cast is the usual group of randoms that populate most Asylum movies and at times, it feels somewhat like Drunk History, I kept expecting Derek Waters to show up and the movie cutting to a slurring comedian.

So what’s the plot?: In the midst of the Civil War, Lincoln gets a message that a covert mission to take a strategic Confederate fort has gone bad and only one survivor manages to come back, talking of walking dead and cannibalism.  Lincoln has seen this before, as his parents were killed by zombies when he was a child, and he decides to lead a squad of his newly formed Secret Service to clear the fort and find out just how many infected there are, but first, he needs to take care of some business:

When did Lincoln have time to become a weapons expert?:  Who knows, that’s one of the things you just have to accept in this movie.  His weapon of choice is a scythe, which he had to use to kill his mother when he was a boy.  Lincoln is basically a Civil War era Michonne in this movie. 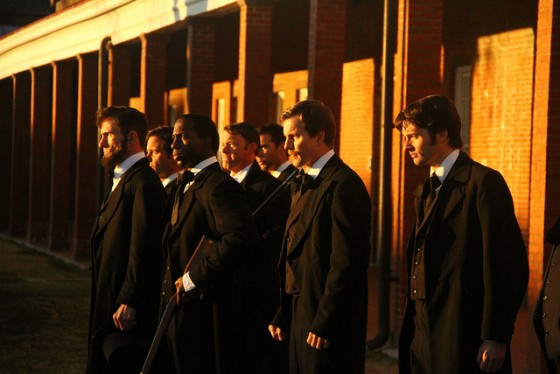 The zombies look OK too:  Everything about this movie is actually surprisingly OK, the zombies are decent, the action is decent, they go to multiple locations, as far as The Asylum goes, that’s way overachieving.  There’s also some other featured historical figures in the fray, like Stonewall Jackson, Pat Garrett and Teddy Roosevelt.

Teddy Roosevelt? Seriously?:  Yeah, he’s a young, spunky kid who ends up hiding in the nearby town with a couple of whores, one of which is Abe’s old flame.

What? Lincoln dated a whore?:  I don’t know if she was a whore back in the day but she was in a relationship with Lincoln and he called it off unexpectedly and they’ve never seen each other again until this point.  She, of course, gets infected by some zombie blood and slowly dies throughout the rest of the movie.  That’s one of the many zombie cliches that gets thrown out in this movie. 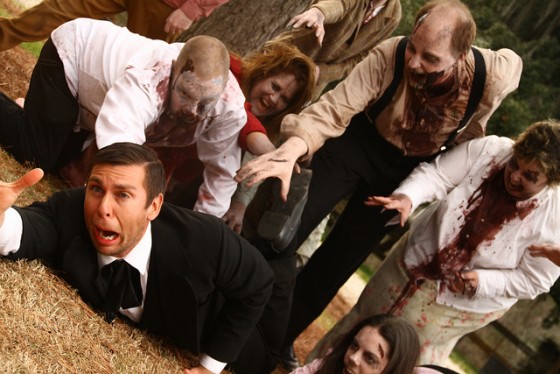 So how does Lincoln plan to take down the zombie horde?:  After a trip to town and a trip to a nearby plantation, Lincoln leads a group out to take down the zombie hand to hand.  They manage to take down quite a lot but are forced back to the fort.  Stonewall Jackson, who’s been kind of a dick the entire time and refusing to help, finally comes around and reveals a secret cache of gunpowder that Lincoln decides to use to take down the horde in one final blast.  They manage to lure in the horde and Lincoln lights the fuse but double agent John Wilkenson puts it out.  Stonewall volunteers to relight it and sacrifices himself to blow up the fort.

So that’s the end of the movie?:  Not quite, Lincoln delivers the Gettysburg Address and then after the war, goes to visit Mary, who he’s kept, Ed from Shaun of the Dead like, in a barn where he’s tasked his doctor with trying to find a cure.  While washing her wrists, he gets scratched and infected and dispatches the doctor to deliver a message to Wilkenson aka John Wilkes Booth with his location the next night, so Lincoln set up his own assassination.  It also kind of ends on an classy note as Lincoln gives one last look at the White House before heading to face his death.

So this is actually better than Abraham Lincoln: Vampire Hunter?:  I mean, as far as the look and budget, it’s clearly inferior but I think I actually prefer the stupid charm of The Asylum to the flashy, trying to hard to be cool take of Timur Bekmambetov.