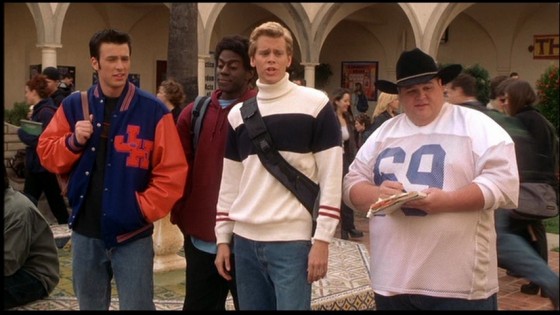 For the soundtrack of Not Another Teen Movie, Marilyn Manson put his signature goth creepiness into a cover of Soft Cell’s 80’s classic, Tainted Love.  The music video featured pretty much the entire cast of the movie, including Chris Evans, Jaime Pressly, Mia Kirshner, Chyler Leigh, Eric Christian Olsen and Deon Richmond as Manson and his insanely large posse of goths crash the teens party and unleash all kinds of weirdness, including a room full of lingerie wearing bunnies.  Check it out below.