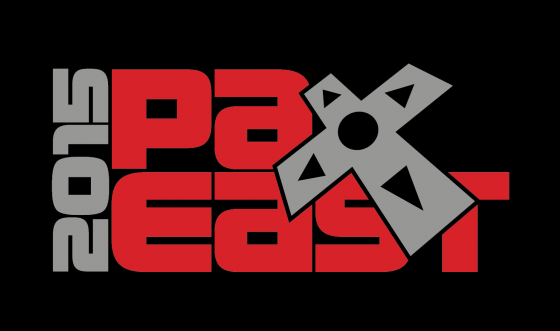 After a few years of attending PAX East as a fan, I got to attend this most recent PAX East as media and it was even more of a crazy whirlwind that it normally is.  I got to see a ton of awesome games and talk to lots of super cool developers and I’ll have a recap of each day going up today (this article you’re reading right now), Tuesday and Wednesday.  We also have a few interviews going up this week as well but let’s dive into the games I saw on Friday.

The big phrase from this year’s PAX East was “rogue like” or “procedurally generated” and one of the games embracing that is 20XX from Batterystaple Games.  Imagine Mega Man X crossed with the recent Rogue Legacy and that is 20XX.  If you played any of the Mega Man X games back in the day, you will instantly feel right at home with 20XX’s gameplay and it features something those games never had, co-op.  The levels and enemies are procedurally generated and you earn “souls” which allows you to buy upgrades and items.  The music is also extremely rad and definitely in the vein of the classic Mega Man X tracks of the SNES.  The game is currently available on Steam in Early Access.

Coming from Sileni Studios, Mayan Death Robots is a throwback to games like Scorched Earth or Worms where the players take control of a giant alien robot that the ancient Mayans begin to worship as gods.  The goal is to destroy your opponents power core and each turn, you choose an action and then things play out and the next turn begins.  The environments are fully destructible but one of the actions is that you can build some of the land back, so you can either bunker yourself in or go for broke with a crazy offensive attack.  There will be 10 different Death Robots, with different abilities and it’s shooting for a summer release on PC and Console.

Being published by TinyBuild, makers of games like No Time To Explain and Speedrunners, Party Hard has the wonderfully sadistic premise of putting you in the shoes of a character who just wants to get some sleep but their annoying neighbors are causing too much noise with their partying, so they decide to crash the party and kill everyone.  The key is that you have to kill everyone without raising suspicions, so the trick is to isolate characters and set up traps.  It’s really tricky but tons fun and there’s lots of great little touches, like having to dance when the police arrive to avoid suspicion and the police just tossing a black bag over a murder victim and leaving the party to proceed.  Pinokl Games is the team behind it and it’s coming to PC, IOS and Android sometime this year.

If I was to pick a game as my “Best of PAX East”, it would have to be Not A Hero.  Featuring a wonderfully insane plot where a giant rabbit from the future needs to become the new Prime Minister of the UK or else the world will end, the key to his getting elected is to lower the crime rate by murdering tons of criminals.  It has the same kind of old school look as other Devolver Games, like one of our favorites Broforce, but the controls are anything but old school with a silky smooth cover system that makes it feel like a 2D John Woo movie as you burst through glass and slide tackle enemies.  The game is going to feature a bunch of charcters with different weapons and skills and the cherry on top is a procedurally generated dialogue between missions that usually doesn’t make sense but is still hilarious.  It’s being developed by Roll7 and it’s coming to PC and PS4 this Summer.

Coming from Puuba this summer to PC, The Weaponographist is a throwback to twin stick shooters like Robotron or Smash TV and features demon hunter Doug McGrave, who is cursed by a witch and finds his power draining and unable to hold any weapon for long before it becomes unusable.  Doug has to constantly pick up weapons dropped by enemies and there a variety of weapons at your disposal, from chainsaws to swords to yo-yos and there’s also magical abilities you can pick up as well.

If you’re a fan of the American McGee Alice games, Woolfe from GRIN definitely needs to be on your radar, as it puts that kind of dark spin onto Red Riding Hood.  Red Riding Hood is now a sort of Assassin’s Creedesque character who is investigating the death of her father, who was killed, most likely, by the evil industrialist BB Woolfe.  The setting is a twisted steampunk style fairy tale world and it’s a 2.5D action game with lots of platforming and combat.  It’s currently available in Early Access on Steam.

The one board game I was able to check out at PAX East was the 80’s Cold War hacking game, Resistor.  A 2 player card game, Resistor puts each player in control of a 80’s supercomputer that is trying to launch it’s nuclear weapons but the other supercomputer is trying to block them and the goal is to setup the cards so that you have a complete conduit going across for your color.  The titular resistors are cards that, when played, usually completely resets the board and can wreak havoc with any strategy you are trying to set up.  The game is from Cardboard Fortress games and they recently got funded on Kickstarter but it’s still going for a little under a month and you should definitely go check it out and donate if you want to unleash your inner WOPR.

The final game I saw on the first day of PAX East was Windward from Tasharen Entertainment.  Coming out this fall on Steam and currently in Early Access, Windward is inspired by games like Sid Meier’s Pirates but cuts out the extraneous bits and drops you into the world fully in control of your ship and pits you against pirates and other factions in a sandbox environment that is procedurally generated and you can team up with other players for co-op.  If you’ve seen stuff like Black Sails or Master and Commander, you know that the key to ship battle is positioning and maneuvering and that’s the key to Windward’s combat as well.