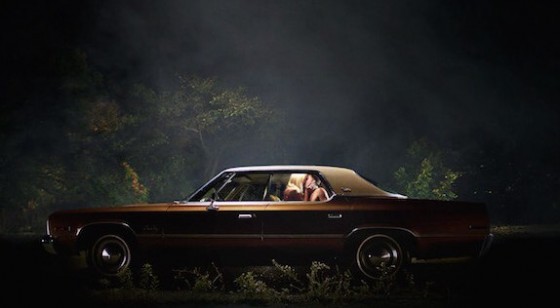 Now this is a horror film! Cut back on the cheap jump scares and excessive gore, and throw in character work and atmosphere and you have a lo-fi soon-to-be classic horror film that deserves it’s place amongst the greats.

The premise is deceptively simple. A curse has been passed on to Jay (Maika Monroe) after having sex with her date, who informs her that the curse takes form of an entity that constantly follows her. If it ever catches up with her it will kill her, and go down the line. The only way to get rid of it is to sleep with someone else. Jay then goes about the rest of the film figuring out how to get rid of the curse.

The film uses the simplicity of the premise to great effect. Try as they might, the characters discover that there are no loopholes to the curse, which closes the door (thankfully) to the cliche ending where the characters are able to walk away unscathed from the experience. It also opens the playing field to great character interactions and presents compelling moral dilemmas that propel the story forward.

The film also uses atmosphere expertly. The cinematography and music work hand in hand to create the mundanity of the characters lives and transitions beautifully to the dread that looms over the film once the curse takes hold. The performances are also strong, with Maika Monroe and Keir Gilchrist being standouts. This film is a must see, and if you’re any kind of horror film fan, this film will stay with you long after you leave the theatre.