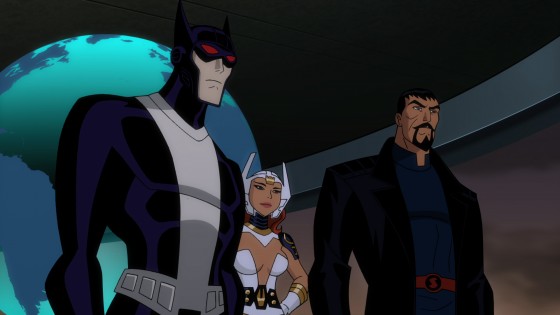 Bruce Timm is delivering possibly the darkest and most brutal DC universe ever with Justice League: Gods and Monsters.  Set in an alternate universe, the DC “heroes” are Zod (Benjamin Bratt), Bekka (Tamara Taylor) and Kirk Langstrom  (Michael C. Hall), who keep order in the most brutal and efficient way possible.  After the suspicious death of some renowed scientists, the team is finally challenged by the world governments but they may be too late to stop them.  The full movie is releasing on July 28th but Machinima is releasing three webisodes focusing on the three characters leading up to the release and today we have the Batman episode where Langstrom tracks down this universe’s somehow even more disturbingly insane version of Harley Quinn.  Check it out below and keep an eye on Machinima for the other two episodes soon.