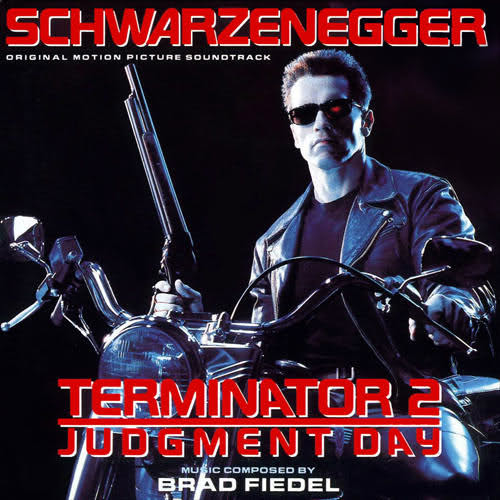 One of the most requested videos in MTV history thanks to the presence of Arnold and it’s ties to one of the biggest movies of the 90’s was “You Could Be Mine” by Guns N Roses.  The song was originally not going to be featured on the soundtrack or in the movie but there were subtle references in the movie, like John Connor’s LA Guns shirt and Arnold hiding a gun in a box of roses that they basically had to include a Guns N Roses song.  Arnold personally had the band over to his home to hash out the deal.  The song plays during the end credits of the movie and can also be heard on John’s boombox early in the movie.  In the music video, Arnold appears as the T-800, who is targeting the band at one of their concerts but decides after assessing them not to kill them, especially Axel Rose who is deemed “A Waste of Ammo”.  Check out the music video below.