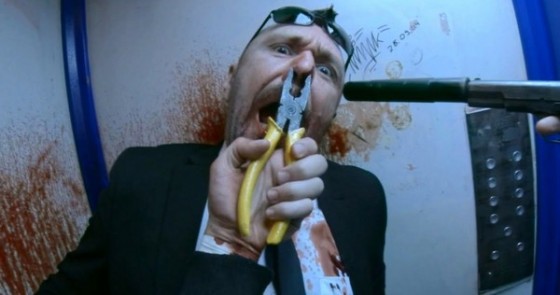 If you’re a fan of crazy action, you’ve probably seen the Insane Office Escape videos and now that FPS concept is getting expanded to feature length with Hardcore.  Directed by Ilya Naishuller, frontman of the band Biting Elbows, and executive produced by Timur Bekmambetov, the movie looks absolutely insane as you experience everything from the POV of Henry, a cyborg brought back to life by his wife, who is promptly kidnapped by the telekinetic gangster Akan.  Sharlto Copley shows up in multiple roles throughout the movie as well.  The movie is debuting at the Toronto International Film Festival and then hopefully a release date will be revealed soon after.  Check out the NSFW trailer below.