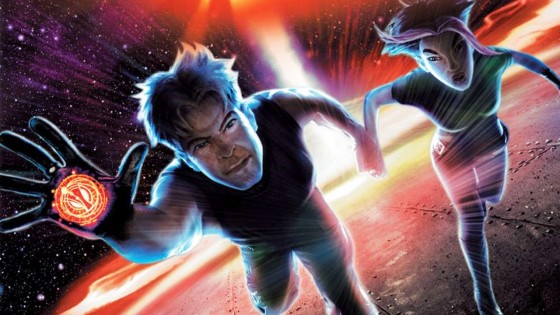 In the early 2000’s, there was a trend by the various major animation studios to make things “edgier” with less musicals and more action packed films.  Disney experimented with movies like Atlantis: The Lost Empire and Treasure Planet while Fox Animation Studio brought in the legendary Don Bluth for what they hoped would be the animated Star Wars, Titan AE.  The movie bombed horribly and sent Bluth into exile until recently and killed Fox Animation Studio with an almost $100 million loss at the box office.  The movie is actually kind of cool and underrated in retrospect, with Matt Damon voicing the main character who is one of the many human survivors scattered across the galaxy after Earth is destroyed and may hold the key to creating a new home for humanity.  Unfortunately, the evil energy beings The Drej are looking to finish wiping humanity out and chase Damon’s Cale and the crew of space pirates he teams up with across various worlds.  The one thing that instantly dates Titan AE though is it’s big soundtrack song “Over My Head”, performed by alternative rock band Lit.  Later showing up on the band’s Atomic album, the song plays after the prologue of the movie when we meet Cale working some sort of salvage job.  The official music video find the members of Lit integrating themselves into scenes from the movie while also performing a concert in a vaguely space like bunker.   Check it out below.