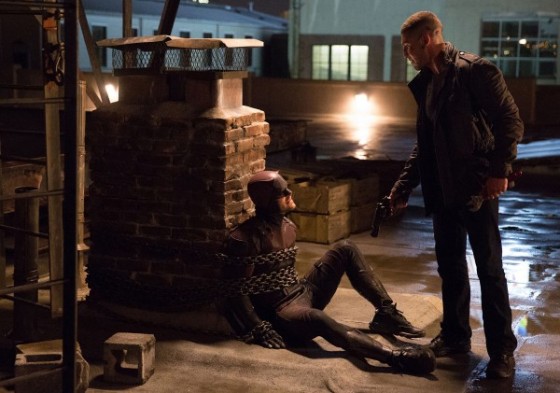 Frank Castle is the focus of the first full Daredevil Season 2 trailer, appearing in Hell’s Kitchen and declaring war on the criminals that inhabit it.  Played with his usual intensity by Jon Bernthal, The Punisher finds himself up against Hell’s Kitchen’s other vigilante, Daredevil, who he declares a “coward” and a “half measure” for what really has to be done.  It seems like most of the season is going to Matt trying to figure out who the vigilante is and then trying to stop him but there’s also his old girlfriend Elektra back in the mix as well, who will be featured in a trailer arriving next Thursday.  Check out the Punishercentric trailer below and Daredevil Season 2 drops on Netflix on March 18th.

Elektra Arrives in Hell’s Kitchen for the Second Daredevil Trailer

Punishment and Ninjas arrive in the first Daredevil Season 2 Teaser