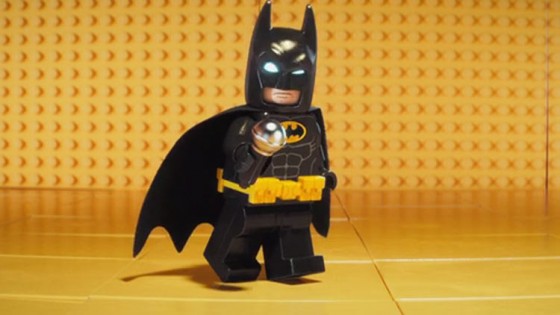 After stealing the show in The Lego Movie, Batman is back for his own spin-off next year with The Lego Batman Movie.  Will Arnett is back to voice Batman/Bruce Wayne and is joined by his Arrested Development nephew Michael Cera as Robin, Rosario Dawson as Batgirl, Ralph Fiennes as Alfred and Zach Galafinakis as The Joker, who is unleashing his latest nefarious plot against Gotham City.  There’s not really any of the other characters in this first trailer, although it seems like the Lego Justice League may cameo or feature at some point, and it’s mostly just more goofy, cocky hi-jinks from Batman.  The movie arrives on February 10th next year and you can check out the trailer below.

Update 3/28: A second trailer dropped introducing Ralph Fiennes’ Alfred and takes a jab at the entire history of Batman on film: