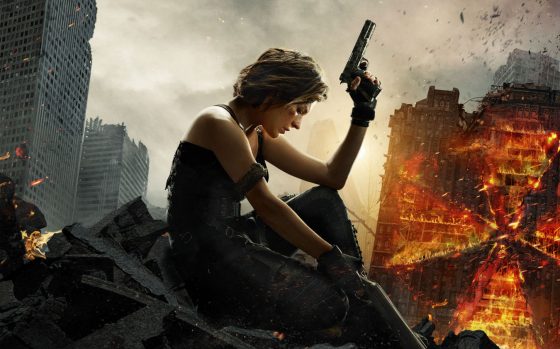 Milla Jovovich’s Alice is back for one final battle against Umbrella in next year’s Resident Evil: The Final Chapter.  Returning to Raccoon City, Alice takes on the zombie hordes and the sinister presences of Wesker (Shawn Roberts) and Dr. Isaacs (Iain Glenn) with some help from Claire Redfield (Ali Larter) and some other surviving allies but, while it still looks completely bonkers, it doesn’t look like it’s quite at the insane, Matrix ripping off levels of the previous few entries, although Iain Glenn looks wonderfully game and insane for this final face off.  Paul WS Anderson is back to direct and it’s arriving in January next year, check out the trailer below.